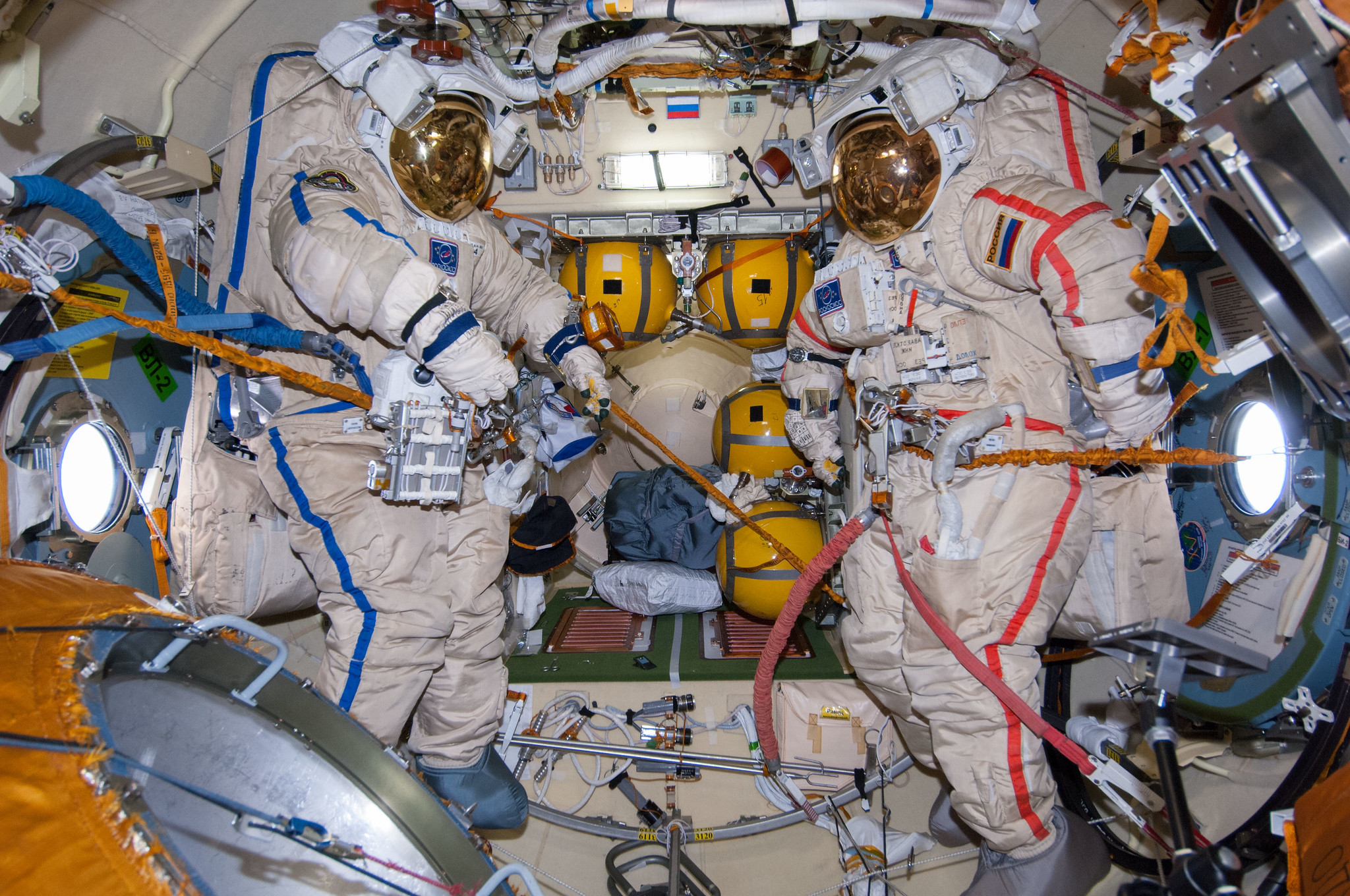 Space Adventures, a U.S. space tourism company, has booked two passenger seats on a Russian Soyuz capsule headed to the International Space Station in 2023, and one of those tourists will take part in a spacewalk.

The flight will launch on a Russian Soyuz rocket in a deal with the Russian space agency, Roscosmos. It is the second upcoming Soyuz flight for Space Adventures — the company has booked two Soyuz seats for passengers on a launch in 2021, also to the International Space Station (ISS).

“We have signed a contract with Energia [a subset of Roscosmos] that will allow two spaceflight participants to visit the ISS for 14 days and will move forward once we have identified and contracted with customers,” Stacey Tearne, a Space Adventures spokesperson, said in an email to Space.com. “During their stay, one of the participants will have an opportunity to conduct a spacewalk.”

Space Adventures has flown seven wealthy passengers on eight trips to the space station between 2001 and 2009. (One customer, Microsoft co-founder Charles Simonyi, flew twice.) Those flights reportedly ranged in cost from $20 million to $35 million per trip.

In 2006, Space Adventures offered spacewalks to its spaceflight participants for an extra cost of $15 million for a 90-minute excursion. But such a flight never occurred.

Tearne and Space Adventures did not say how much the addition of a spacewalk opportunity would cost or other details surrounding that piece of the agreement. According to the Roscosmos statement, a Russian cosmonaut would accompany the tourist out of the airlock.

“A private citizen completing a spacewalk would be another huge step forward in private spaceflight,” Eric Anderson, CEO of Space Adventures, said in a company statement. “We appreciate the chance to celebrate two decades of orbital space tourism with our Russian partners by opening up another first-ever experience.”

Earlier this year, Space Adventures purchased four seats on a SpaceX Crew Dragon capsule into orbit around Earth for up to five days, a flight that could launch as early as late next year, company representatives said at the time.

NASA astronaut Stephanie Wilson on going to the moon, Mars and leading the next generation

NASA wants a return to the moon in 2024. New human spaceflight chief makes no guarantees.