Our favorite “Schitt’s Creek” star helmed “Saturday Night Live” and yet it was … blah.

“I’m so honored to be hosting ‘Saturday Night Live’,” he says in his opening monologue. “Somewhere, my 13-year-old self has fainted in a really melodramatic way.”

Levy had zero presence in the opening set. Little presence elsewhere, either. His “SNL” debut was unceremoniously lackluster, in other words.

His monologue celebrated the success of his Emmy-winning TV series, though he noted the downside of strangers yelling, “Ew!” at him on the street. “A line I wrote for the show will now haunt me for the rest of my life,” he laments. 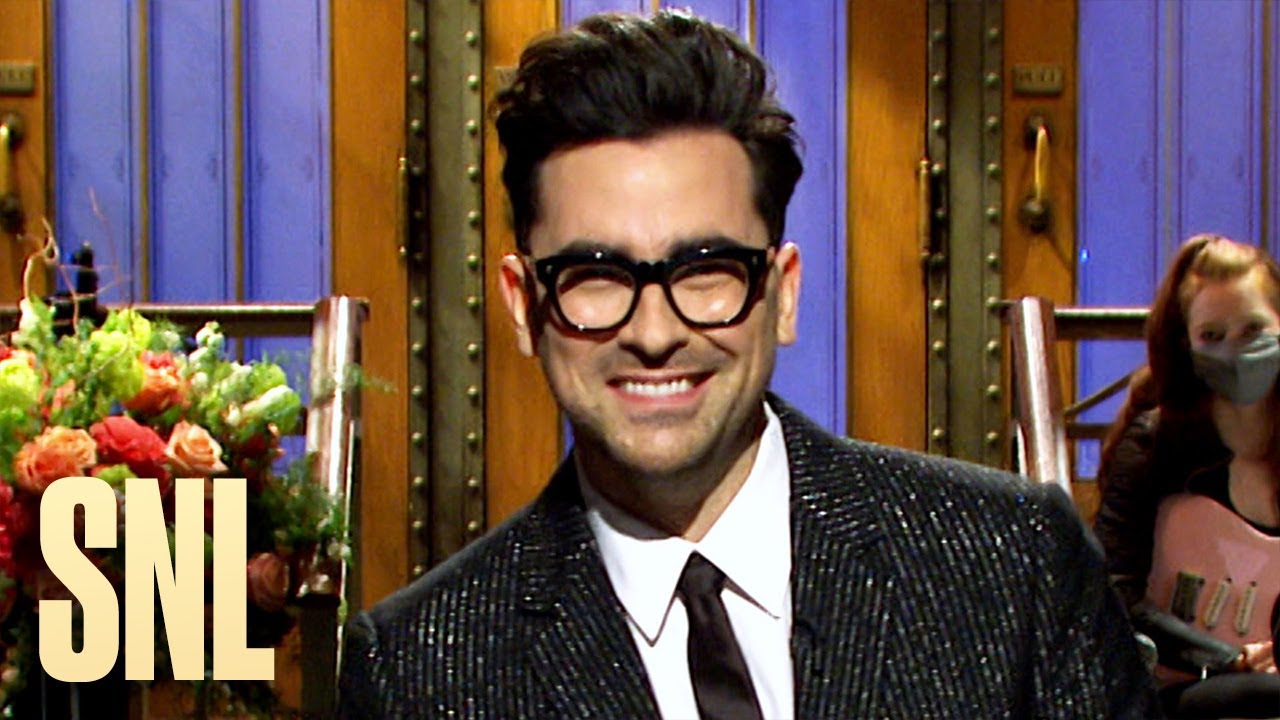 Thankfully, dad Eugene Levy shows up to surprise him, albeit encased in a COVID-safe glass box – 35 years after Eugene’s own “SNL” hosting gig was canceled by a writers’ strike.

“You flew all the way to watch me in a box?” Daniel says.

Viewers were taken on a tour of coronavirus safety protocols at “SNL,” where Levy was busted by a safety warden named Doreen (Aidy Bryant), who slapped his hands when he made a point (“Pointing spreads droplets,” she claimed) and who used the visual of a pool noodle to gauge six feet of social distancing.

“When you wanna get chummy, just put a noodle in your tummy,” she reminds him. 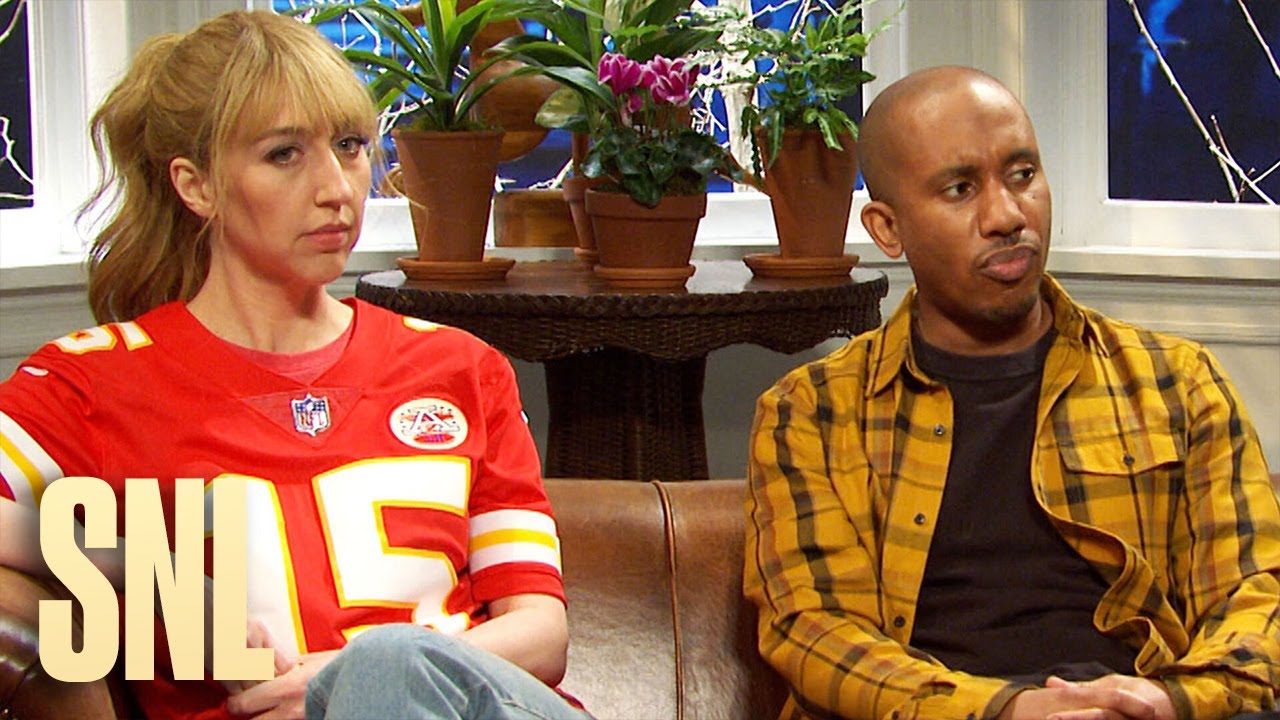 Later, the host turns up at a Super Bowl super-spreader event, where the attendees (including Beck Bennett, Chris Redd, Heidi Gardner and Kyle Mooney) decide they’d be totally safe taking their masks off. Except that they aren’t: One of the friends (Levy) has been traveling everywhere for business, another is working as a mouth masseuse (Bennett) and a third has kept active with his wrestling club (Redd).

None of that stops them from rubbing on hand sanitizer and dipping right in (no utensils) to a big communal pot of chili. Until they realize that, um, nobody can really taste or smell it.