Britney Spears, the pop star chafing after a dozen years in a conservatorship with little control over her life, won an incremental victory Thursday when a Los Angeles probate judge gave a private trust company equal power with her father to manage her finances.

The judge agreed to Britney Spears’ wish to have someone with equal power to her father in control of her case. But Jamie Spears, 68, remains a co-conservator despite his daughter’s objections to him.

The judge appointed Bessemer to the conservatorship in November, while rejecting Britney’s effort to remove her father entirely. Still, Jamie Spears objected to the proposed management arrangement with Bessemer, arguing that it reduced the power he’s held for years in the case.

‘The whole world is watching’:Britney Spears battles father to open up conservatorship case

Britney’s lawyer, Samuel Ingham, argued in court Thursday that Jamie Spears and Bessemer should share power in figuring out how to manage Britney’s “complex estate” for her benefit. But he repeated that Britney’s goal is to eventually remove her father entirely.

“It’s no secret that my client does not want her father as co-conservator, but we recognize that removal is a separate issue,” Ingham said.

Jamie Spears’ attorney, Vivian Thoreen, said in court Thursday that early in the conservatorship, Britney wanted her father to be her sole conservator. Her father continues to insist he wants to protect his daughter, driven by what is described in court papers as “a fierce desire to protect her from those trying to take advantage of her.”

USA TODAY reached out both Ingham and to Thoreen for comment.

Since last summer, Ingham (and scores of Britney fans) has pressed to free Britney, now 39, from her father’s control, which he has maintained, sometimes with a co-conservator, since his daughter’s life unraveled in 2007 and she lost custody of her two young children.

She’s been in a conservatorship, or guardianship as it’s called in other states, since the beginning of 2008, lacking independent control over her personal life and her fortune, now estimated at more than $60 million and growing.

For years she continued to perform as a pop superstar, with a string of platinum-selling records, a gig as an “X Factor” judge and a reigning queen of Las Vegas residencies.

Many of her fans, loosely gathered under the #FreeBritney online movement, raised questions about why she still need a guardian looking after her as Britney Spears appeared to be ready to to seek to loosen the conservatorship’s grip.

In recent court hearings, Ingham told the judge that Britney did not want her father to remain as her guardian, that she fears him, and that she would refuse to perform again if he continued to be in control.

She hasn’t performed since she postponed her latest Las Vegas residency show, “Domination,” in January 2019 because her father became ill with a ruptured colon.

The latest hearing took place a week after the release of “Framing Britney Spears,” a New York Times documentary on Hulu and FX that examines how Britney rose to pop stardom and how she was treated by the paparazzi and by journalists as her behavior became more erratic in 2007.

The film also scrutinizes the Spears conservatorship and how such guardianships are created in California, and for whom. The American Civil Liberties Union has been campaigning against the California system of conservatorships, saying they are a threat to disabled people’s civil rights and are difficult to escape once they are imposed.

Meanwhile, the #FreeBritney activists continue to press for full freedom for their beloved icon, arguing that she is being kept under restraint against her will, pointing to cryptic posts on her Instagram account. Celebrities also rallied to Spears’ side on social media.

The activists sometimes show up for rallies outside the courthouse in downtown Los Angeles when her case is being heard, although the pandemic forced them to rally virtually online Thursday.

On Tuesday, Spears’ boyfriend Sam Asghari, 27, joined those speaking out about the treatment of Spears on social media, specifically calling out the singer’s father on his Instagram Story, blaming Jamie Spears for “trying to control our relationship and constantly throwing obstacles our way.”

Britney herself posted another cryptic message Tuesday. “I’ll always love being on stage,” Spears captioned a throwback video of herself performing “Toxic” three years ago. “But I am taking the time to learn and be a normal person… I love simply enjoying the basics of every day life!”

The next hearing in the case is set for March 17. 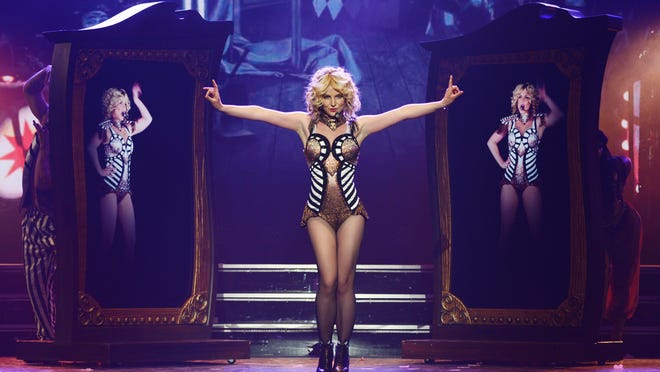