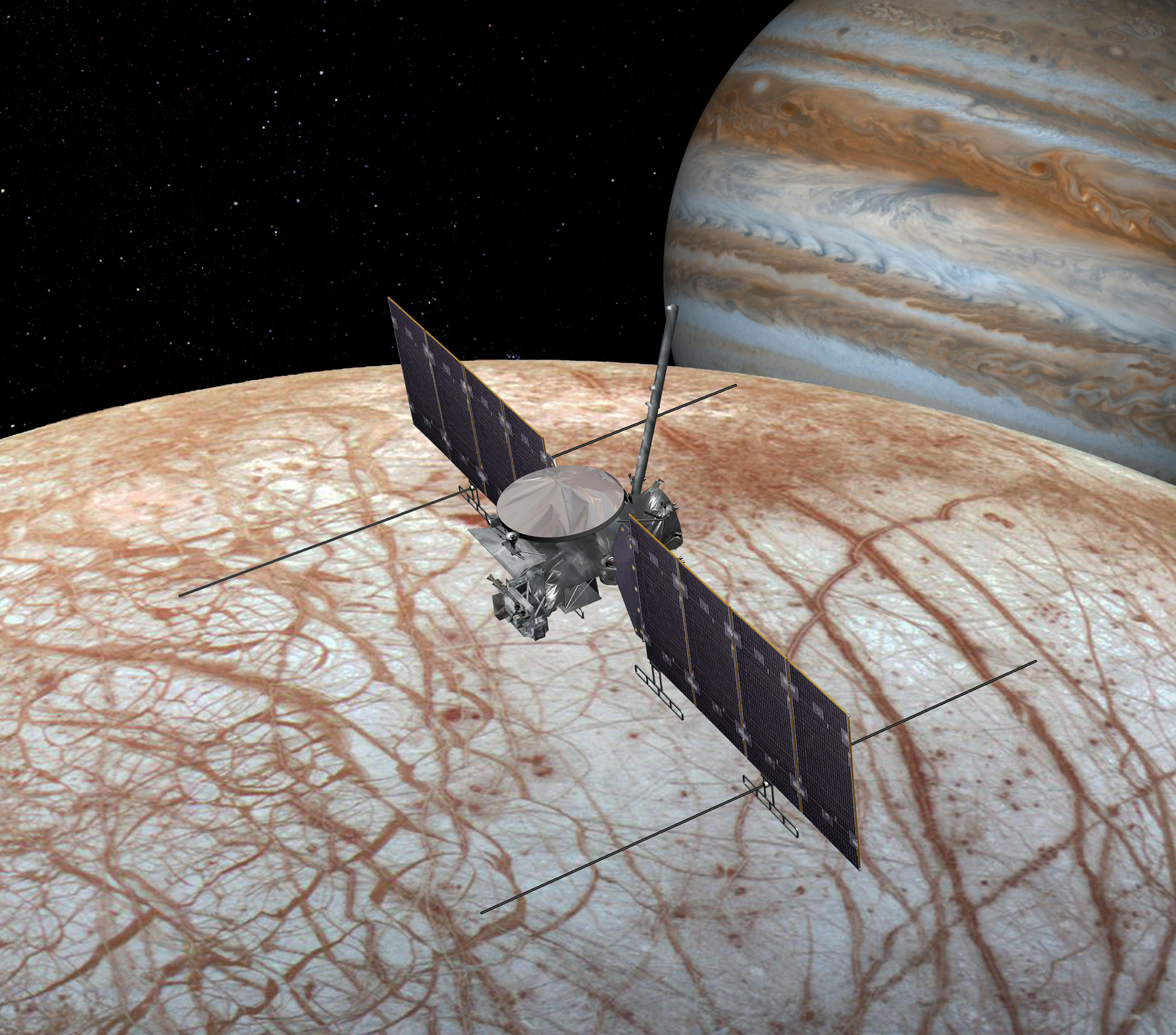 NASA’s upcoming mission to the Jupiter ocean moon Europa is out of rocket limbo.

The Europa Clipper spacecraft is scheduled to lift off in October 2024 and arrive in orbit around Jupiter in April 2030, mission project scientist Bob Pappalardo announced Wednesday (Feb. 10) during a presentation at a virtual meeting of NASA’s Outer Planets Assessment Group (OPAG).

And that launch will take place atop a private rocket, not NASA’s Space Launch System (SLS) megarocket, added Pappalardo, who’s based at NASA’s Jet Propulsion Laboratory (JPL) in Southern California.

“We now have clarity on the launch vehicle path and launch date,” he said.

Congress originally dictated that the roughly $3 billion Europa Clipper mission launch atop SLS, which NASA is developing to send astronauts to the moon and Mars. But SLS’ development has been plagued by delays and cost overruns, and the huge rocket has yet to get off the ground.

In addition, the first few SLS vehicles will be needed for NASA’s Artemis program, which is working to establish a sustainable human presence on and around the moon by the end of the 2020s. There are already three Artemis launches targeted for late 2021, 2023 and 2024, and it’s unclear when an SLS will become available for Europa Clipper.

In the U.S. House of Representatives’ proposed 2021 NASA budget, which was released last July, the chamber directed the agency to launch Europa Clipper by 2025 and a second Europa mission that remains a concept at the moment, a life-hunting lander, by 2027. The proposal stated that SLS be used for both missions “if available” — wording that left the door open for a commercial alternative, such as SpaceX’s Falcon Heavy or United Launch Alliance’s Delta IV Heavy.

Clipper personnel therefore have been planning for both rocket contingencies, a situation that team members have said hindered the mission’s maturation.

But clarity has now come. The Clipper team received a memo from NASA’s Planetary Missions Program Office on Jan. 25, about a month after the mission passed a crucial milestone: its project and flight systems critical design review.

The memo “directs the project to ‘immediately cease efforts to maintain SLS compatibility and move forward with a CLV’ — i.e., a commercial launch vehicle,” Pappalardo said.

NASA will hold an open competition to determine who will provide that CLV. A decision is expected in about a year, Europa Clipper project manager Jan Chodas, also of JPL, said during today’s OPAG meeting.

Whichever private rocket is chosen, Clipper’s journey to Jupiter will be quite different than it would have been with an SLS. The NASA megarocket would have launched Clipper on a direct trajectory, with arrival at the gas giant less than three years after liftoff.

The available CLVs aren’t burly enough for that plan, so Clipper’s trip will take about five and a half years. And the probe will perform speed-boosting “gravity assist” flybys of Mars and Earth along the way, in February 2025 and December 2026, respectively, Pappalardo said.

It’s unclear how exactly the decision to go with a private rocket will affect Clipper’s overall cost. A CLV liftoff won’t be as pricey as an SLS launch, but the extra deep-space travel time will add to the mission’s price tag, Chodas said.

Getting to Jupiter will be just the beginning for Clipper, of course. The probe will then perform nearly 50 flybys of Europa over about four Earth years, studying the thickness of the moon’s ice shell and assessing the habitability of its huge, buried ocean of salty liquid water, among other tasks. Clipper’s observations will also help mission planners pick out promising sites for the Europa lander, if that latter mission does indeed get off the ground in the coming years.