Spoiler alert! The following contains details from the March 17 episode of “The Masked Singer,” including the identity of the unmasked celebrity.

Five new contestants might’ve been feelin’ lucky heading into Wednesday’s St. Patrick’s Day-themed episode of Fox’s “The Masked Singer,” but one member of the debuting Group B found zilch at the end of their rainbow.

Wednesday, Niecy Nash returned as host, filling in for Nick Cannon, who was sidelined by COVID-19. Half of the show’s sleuths – Ken Jeong, Jenny McCarthy, Nicole Scherzinger and Robin Thicke – were on the right track when it came to this week’s elimination (but more on that later).

Next week we’ll see Wildcard singers, according to Cluedle-Doo, another incognito celeb dishing out insight about the contestants this season. Here’s how Wednesday’s show went.

‘Masked Singer’ premiere:Snail is slugged by competition, revealed to be Kermit the Frog

Clues: Cluedle-Doo shared that “Black Swan has covered a monster,” which could be a reference to mother monster Lady Gaga. In her clue package, Black Swan revealed she was “hypnotized by a Hollywood deal I couldn’t resist.” The package also seemed to highlight the number 5, a bishop chess piece, a ring box and a red square.

Guesses: Black Swan avoided ruffling feathers with her rendition of “Barracuda” by Heart. In fact, she impressed the judges, who for the most part thought she might be a professional singer. Jeong, typically an outlier with his conclusions, went with “The Queen’s Gambit” star Anya Taylor-Joy, while McCarthy thought of “Havana” singer Camila Cabello. Scherzinger guessed “Bleeding Love” artist Leona Lewis.

Clues: Could Grandpa Monster be a war vet? Cluedle says he’s “trained for battle before.” But he wasn’t always such a good little soldier. In his clue package, he recalled “always acting out to get all eyes on me” in his school days. He added: “I’m still working on shaking my bad reputation.”

Guesses: After seeing Grandpa Monster get his “Mambo No. 5 (A Little Bit Of…)” on (originally sung by Lou Bega), the panel got the vibe that this contestant isn’t a singer by trade. Thicke was curious if he could be football player Johnny Manziel, while McCarthy thought of wrestler The Miz. Jeong guessed “Keeping Up with the Kardashians” personality Scott Disick.

Clues: Thanks to Cluedle, we know “Chameleon has a history with precious gemstones.” Singer Jewel, perhaps? Chameleon said his dad taught him to “keep up with the times,” and that he used “tech-savvy skills from my childhood to amplify my career and change the game.”

Guesses: Chameleon invited viewers to hop on board when he performed Nelly’s “Ride Wit Me,” which gave Jeong (NBA star) Dwight Howard vibes. Thicke thought of artist Redfoo from musical duo LMFAO, and Scherzinger wondered if it could be “Masked Singer” host Nick Cannon himself, despite his illness.

Clues: “Phoenix only has one speed – 76 mph,” revealed Cluedle. Phoenix herself gave further insight to her high-profile identity in her clue package. “While I’ve graced the cover of many magazines, I’ve actually hidden behind a mask for most of my life,” she said. “Eventually, millions saw me as a superhero, but the more I focused on pleasing others, the farther I got from who I really was.”

Guesses: Phoenix put her own twist on Kesha’s “TiK ToK,” which made Scherzinger think of “Queer Eye” style expert Jonathan Van Ness. Jeong envisioned “Drag Race” host RuPaul. But it was McCarthy who had the best guess: former Olympian Caitlyn Jenner, who later resurfaced as a reality star on “Keeping Up with the Kardashians” and “I Am Cait.”

Clues: “Piglet knows how to stay cool, even in the heat,” Cluedle confided. During his “Bachelor”-themed clue package, Piglet talked about a failed romance. “Sure, I’ve given away a few roses,” he said, “and the world saw my heart break when I learned that some flowers have very sharp thorns.” 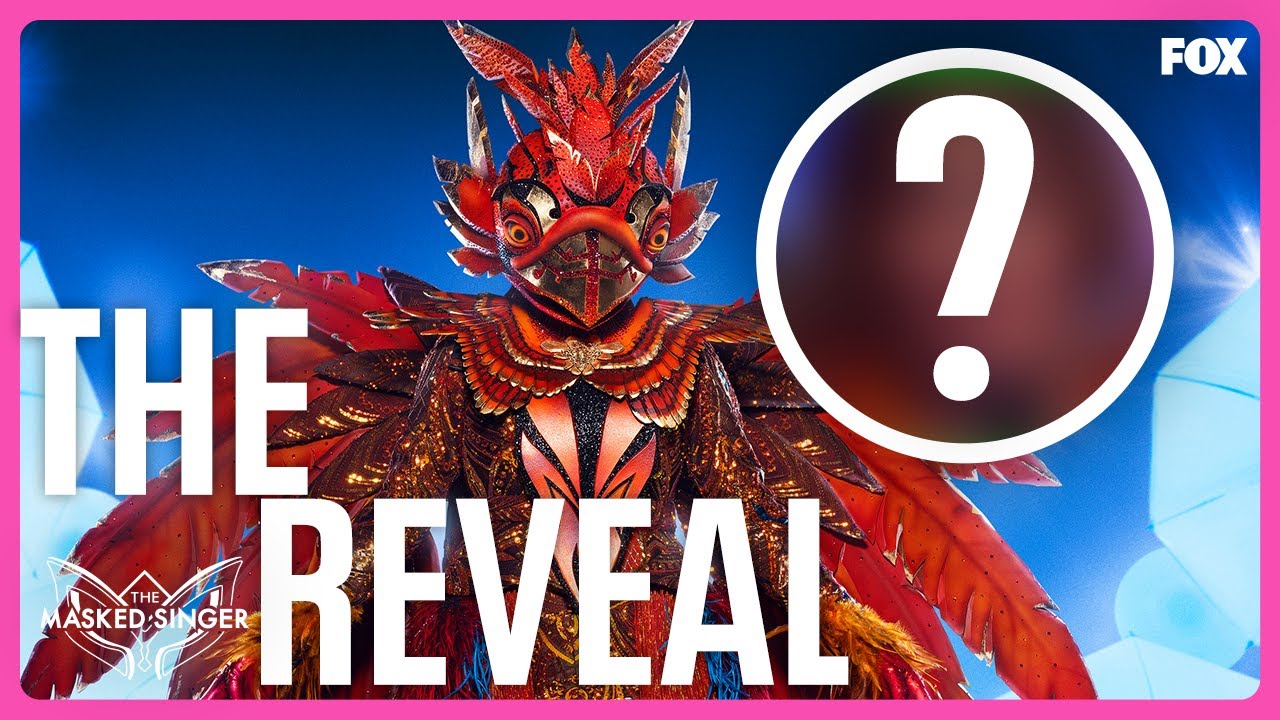 Phoenix has flown the the coop. The bird was the first from Group B to be cut, but before she was unmasked, the panel’s first impressions were revisited. Thicke let stand his initial guess of “Orange Is the New Black” star Laverne Cox. Although Scherzinger first thought of blogger Perez Hilton, she settled on Van Ness. Jeong swapped his first guess of Jenner for RuPaul, but McCarthy stuck with Jenner. And there’s a reason McCarthy won last season’s Golden Ear trophy: Phoenix was revealed to be Jenner.

She explained she signed up for “The Masked Singer” because of her fondness for being challenged. “Kind of keeps you going, something new, something different,” she said. “So for me, it was fun. You can only work on the golf game for so long.”

Jenner carried that same spirit when anticipating the reaction of her kids, a brood that includes model Kendall Jenner and makeup mogul Kylie Jenner.

“They’ve always known Dad’s a little crazy, will try anything,” said the celeb formerly known as Phoenix. “Life’s short. You’ve got to enjoy it.”

Episodes of “The Masked Singer” can be viewed on Fox’s website.

‘We’re the Bachelorettes’:Katie Thurston, Michelle Young to become next stars