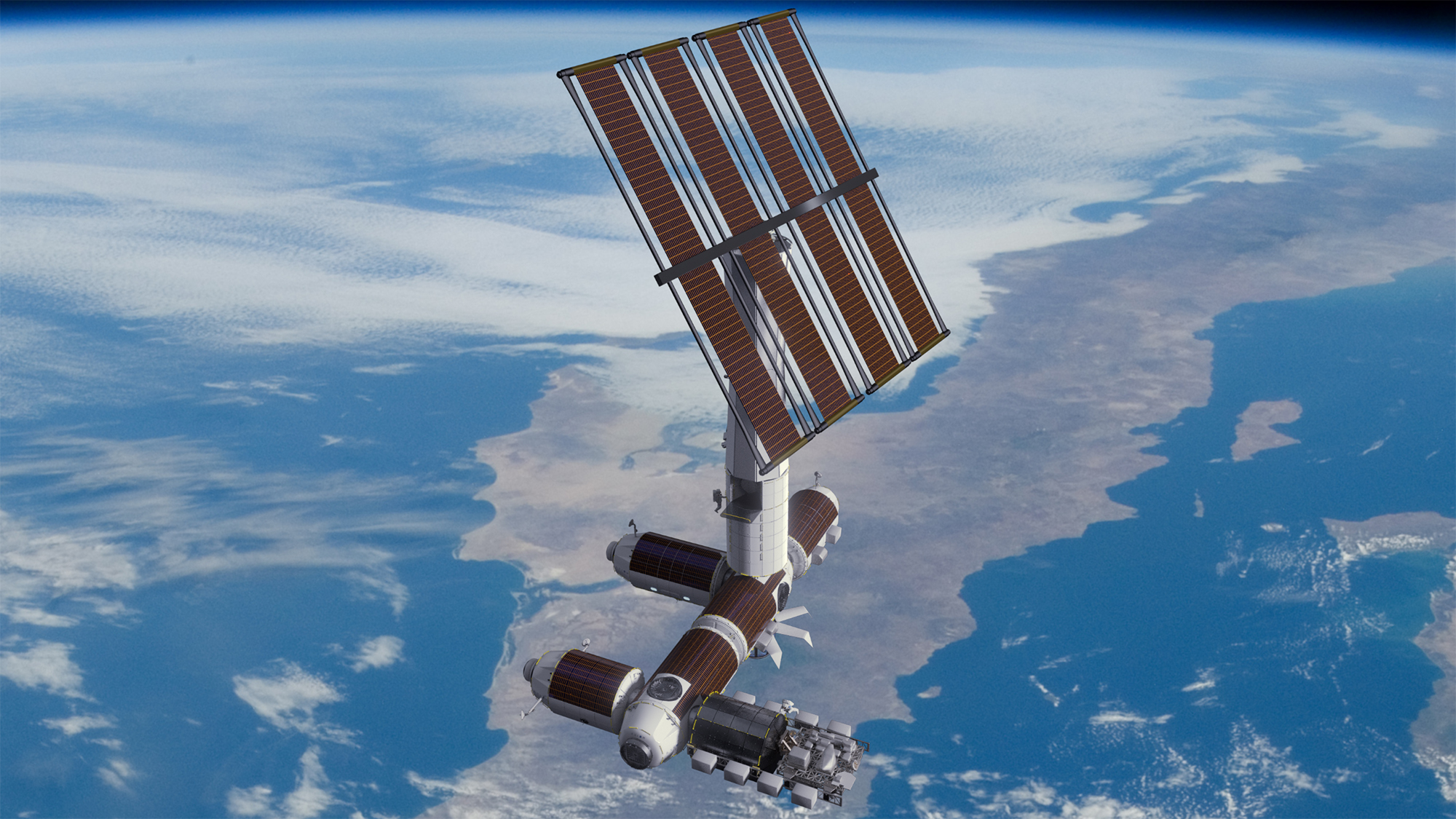 NASA held an online industry briefing about”commercial LEO destinations” Tuesday (March 23) to solicit feedback on its plan to date, as the agency thinks about its next crewed exploration steps in near-Earth space.

With the International Space Station (ISS) expected to retire as early as 2024 — or possibly in 2028, if the multinational partners agree — NASA wants to involve industry in a new generation of space stations. NASA is also considering having the ISS partners participate in a new commercial space station, although such negotiations are at an early stage given how novel the idea is.

Related: How the International Space Station will die

“ISS is an amazing system, but unfortunately it won’t last forever; it could experience an unrecoverable anomaly at any time,” Phil McAlister, director of commercial spaceflight development at NASA headquarters, said in Tuesday’s briefing.

“Pretty much any space initiative can take a while, and longer than you might hope, so we really do feel like the time to get started is now, when the ISS is still in good health and providing good capability across the board,” he said.

The agency’s newly announced Commercial LEO Development program is expected to release the first draft announcement of proposals in April, with a final version following in May. The plan is to bring the proposed commercial space stations to the preliminary design review stage by the end of fiscal year 2025 — and for NASA to discuss potential customers and destinations for the orbiting facilities. (Fiscal year 2025 runs from Oct. 1, 2024 through Sept. 30, 2025.)

“The way we see the transition [from ISS] is, we’re not going to just turn off the lights one day,” McAlister said. “We’re going to have an overlap period where we, over a period of time, draw down the operations of ISS as we increase operations for LEO destinations. So that gives us some time.”

Bringing in private sector partners now will allow them to have “skin in the game” at this early stage, he added, especially with the incentive that they can retain their own intellectual property for other ventures.

The program will start with two to four funded Space Act Agreements, which allow NASA to work with external entities on agency priorities. The agreements, expected to have a combined value of between $300 million and $400 million, should be awarded in the fourth quarter of 2021 to fund work starting in fiscal year 2022, which will be completed in fiscal year 2025.

“We are doing our best to communicate our plans to our stakeholders in Congress and the administration, and we’re hopeful that budget requests will be funded,” McAlister said. The money the program requires can still be awarded in “various budget realities,” although if NASA does not get its desired budget request for several fiscal years, “that does increase the risk of a gap,” he added.

Angela Hart, manager of the commercial LEO development program office at NASA’s Johnson Space Center in Houston, said that using Space Act Agreements for the new commercial LEO initiative “does provide us with some flexibility” in case of uncertainty on the NASA budget side.

Such agreements have fewer obligations than other contract vehicles, and this flexibility may be a necessity under NASA’s budgetary realities when it comes to ISS successors. NASA had requested $150 million for commercial LEO development in both fiscal years 2020 and 2021 but only received $15 million and $17 million, respectively. The 2022 budget proposal will likely be made public in May.

If all goes according to plan, NASA plans a second phase of the commercial LEO program in 2026 to certify commercial station activities and to figure out access for astronauts and payloads. But that is still in preliminary planning, NASA officials cautioned in the briefing, especially as the agency figures out how such activities would relate to ongoing ISS operations.

While NASA would likely be the “anchor tenant” in a new commercial facility, Hart pointed to a need to expand economic opportunities for other space players. “We want to continue to lay the groundwork for a market environment where, commercially, services will be available to both government and private sector customers,” she added.

NASA expects that, after the ISS program concludes, the agency will want to have at least two crewmembers in Earth orbit most, if not all, of the time. That would be a slight decrease from the typical current maximum of three people on the U.S. side of the space station. These astronauts would continuously perform at least 200 science or research focused investigations a year — bearing in mind that other astronauts might be occupied on the moon as part of NASA’s Artemis program, which is expected to ramp up later in the 2020s.

McAlister said he hopes that transportation costs to orbit will come down under the new model. “We have to transport those crews to the International Space Station, and we have to keep them supplied with food and water and all the necessary supplies,” he said of the current situation.

“Going forward,” he added, “commercial destinations that are focused on the actual demand for NASA will necessarily be smaller … If there is sufficient demand for something that is the size and capability of the ISS, we would expect the private sector to address that through their means.”

NASA has already pivoted ISS operations into a more commercial direction in recent years, including partnerships with companies to deliver cargo and astronauts on private spacecraft.

For example, SpaceX has already launched two crewed ISS mission missions with its Crew Dragon capsule. Boeing also holds a NASA commercial crew contract but has been beset with delays in getting its Starliner capsule certified for human spaceflight.

The ISS will also welcome its first all-private crew in 2022, if schedules hold. That mission, which is being organized by the private company Axiom Space, will fly aboard Crew Dragon. “We’ve been getting a lot of press these days about our private astronaut missions,” McAlister said. “These are primarily tourism-based but also include outreach and commercial [research and development].”

In 2019, NASA issued a call for proposals to add commercial modules to the ISS or build separate commercial stations, dubbed “free flyers.” The solicitation was open enough to allow for a single new module or a set of modules, depending on the proposal.

NASA issued a solicitation for a docking port and selected Axiom Space in January 2020. However, that August, the agency said it would not have the “free-flyer” solicitation, without offering further details, according to Space News.

Hart spoke about the 2019 solicitation during Tuesday’s briefing, saying in her slides that the pivot to the docking port was “more appropriate due to the current budget allocations and immature design maturation affecting data deliverables.”