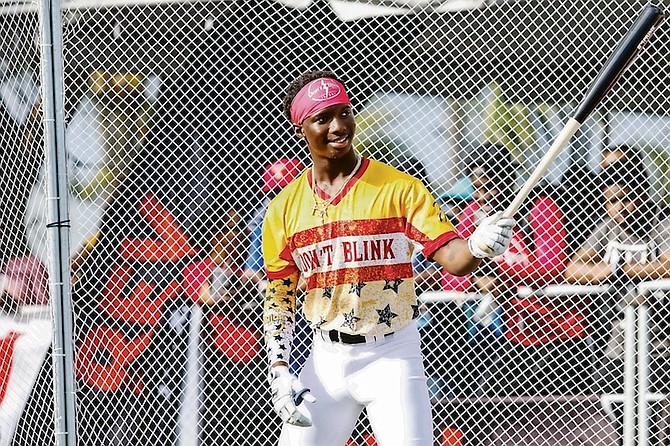 KEITHRON Moss was once again listed as the No.30 prospect in the Texas Rangers’ farm system.

Moss was once again listed as the No.30 prospect in the Rangers farm system after starting pitcher Kyle Cody graduated from prospect qualification.

The 19-year-old, 5’11 188-pound second and third baseman last appeared in the Arizona Rookie League where he and fellow Bahamian Zion Bannister helped their team to the 2019 league title.

Moss hit .429 in the playoffs and in the finale of the series sweep over the AZL Indians Blue 7-2, he finished 1-4 with one stolen base.

He had one of his best offensive games of the season in the semifinals when he doubled and singled twice as the AZL Rangers defeated the AZL Giants Orange 2-1.

“He was one of the more impressive hitters in Texas’ instructional league programme last fall. A switch-hitter, Moss has a quick swing from both sides of the plate as well as the patience to work counts and a willingness to use the entire field. He has added 25 pounds since signing and now has solid raw power and produces impressive exit velocities.

With solid-to-plus speed, he has 20-20 upside, and he also “uses his wheels to beat out bunts,” his prospect analysis said. “The Rangers plan on trying to keep him on the dirt but also have discussed giving him some time in centre field this season.”

After signing with the Rangers in 2017, Moss began his career in the Dominican Summer League.

He progressed to the AZL the following season and was immediately effective in the lineup. He recorded hits in three of his first four games, including his two-run home run in an early season matchup against the AZL Cubs.