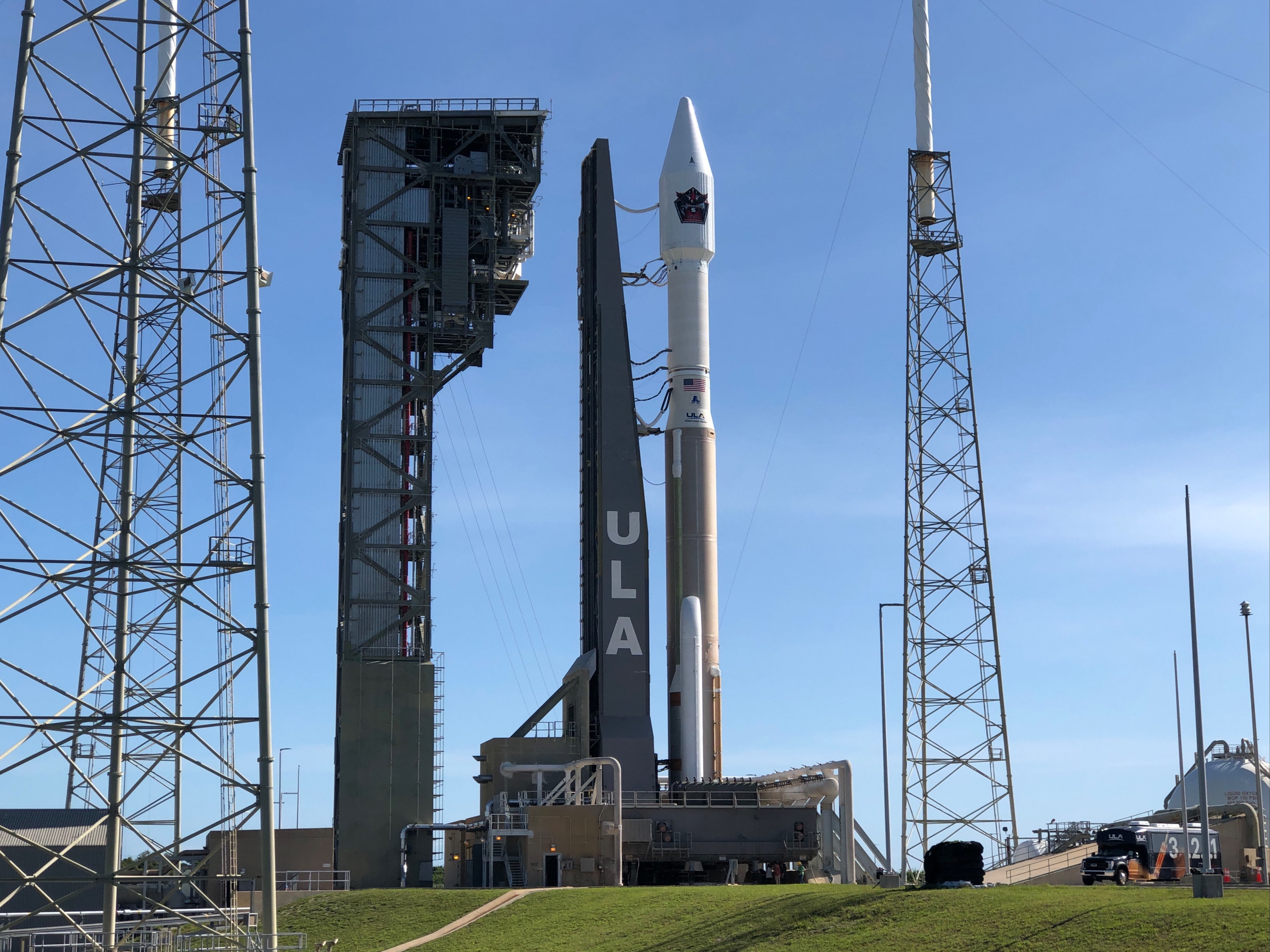 CAPE CANAVERAL, Fla. — United Launch Alliance (ULA) scrubbed the launch of an Atlas V rocket today (May 17), due to an issue with the rocket’s liquid oxygen system.

ULA is targeting its planned backup attempt of Tuesday afternoon (May 18), with liftoff now scheduled for 1:31 p.m. EDT (1731 GMT).

The two-stage rocket was scheduled to blast off from Space Launch Complex 41 here at Cape Canaveral Space Force Station in Florida at 1:42 p.m. EDT (1742 GMT), on Monday (May 17). Its payload: a missile-warning satellite for the U.S. Space Force.

Designated Space-Based Infrared System Geosynchronous Earth Orbit Flight 5 (SBIRS Geo-5), the mission is ULA’s first launch of 2021. However, the company was forced to move the launch back 24 hours due to systems with ground systems at the launch pad.

The official scrub came after launch officials moved the T-0 back by seven minutes as part of a collision-avoidance maneuver. These types of maneuvers are carried out to avoid any potential collision with an object already in space. (ULA officials have not specified what object they were trying to avoid.)

Shortly after that delay, crews detected an anomaly during the upper stage’s liquid oxygen chill down operations. Engineers were dispatched to the launch pad but were unable to resolve the issue for it to launch during Monday’s planned 40-minute launch window.

The launch of a ULA #AtlasV carrying the #SBIRS GEO Flight 5 mission for the @SpaceForceDOD @USSF_SMC has been scrubbed. During Centaur liquid oxygen (LOX) chilldown operations, the team identified an anomalous system response that could not be resolved within the launch window.May 17, 2021

The SBIRS Geo-5 satellite was built by Lockheed Martin for $1 billion, and according to military officials, it can detect and track plumes emanating from missile launches around the world with the help of infrared sensors. Its capabilities will enable U.S. and allied forces to prepare for any impending attacks, officials said.

The satellite is encased in a 13.12-foot (4 meters) diameter payload fairing, emblazoned with the mission’s logo — a red and blue emblem depicting an eagle holding a missile in its talons with the Earth in the background.

This mission marks the fifth SBIRS satellite to launch, with one more left to fill out the military’s planned constellation.

Weather forecasters predicted a 90% chance of favorable conditions for SBIRS Geo-5’s liftoff on Monday afternoon, with the only cause for concern being cumulus clouds. The weather for Tuesday’s launch attempt deteriorates slightly, with an 80% chance of good weather.