Seriously, Phil Mickelson, who hasn’t won on the PGA Tour since 2019, hasn’t had a top 10 in a major championship since 2016 and hasn’t been thrilled with his play for some time now as he’s dropped to No. 115th in the world rankings, is in position to win his sixth major championship on Sunday.

Mickelson, 200-1 to win when the week started and 51 years old as of next month, squandered a five-shot lead midway through his round Saturday but gathered himself to sign for a 2-under-par 70 and get one clear of the field at 7 under.

Mickelson, who held a share of the 36-hole lead, made five birdies against no bogeys in his first 11 holes to bump his lead to five before making bogey on the 12th and double bogey on the 13th.

The member of the World Golf Hall of Fame and winner of 44 PGA Tour titles is certainly not getting ahead of himself wondering what it will feel like to hoist the Wanamaker Trophy a second time (he won the 2005 PGA).

“Because I feel or believe that I’m playing really well and I have an opportunity to contend for a major championship on Sunday and I’m having so much fun that it’s easier to stay in the present and not get ahead of myself,” Mickelson said. “And so I think that’s a big part of it. I think certainly my brother (Tim, his caddie) has played a big part in kind of keeping me present and in the moment and not letting a couple of bad swings affect me here or there, and so I think we’re having so much fun that it’s easy to stay present.”

Mickelson’s main opposition? Brooks Koepka, who despite dealing with knee issues, will be going after his third PGA title in four years and his fifth major since the calendar turned to 2017. While he bogeyed his final hole, Koepka turned in a 70 to move to 6 under.

Photos: Best shots from the PGA Championship at the Ocean Course At Kiawah Island 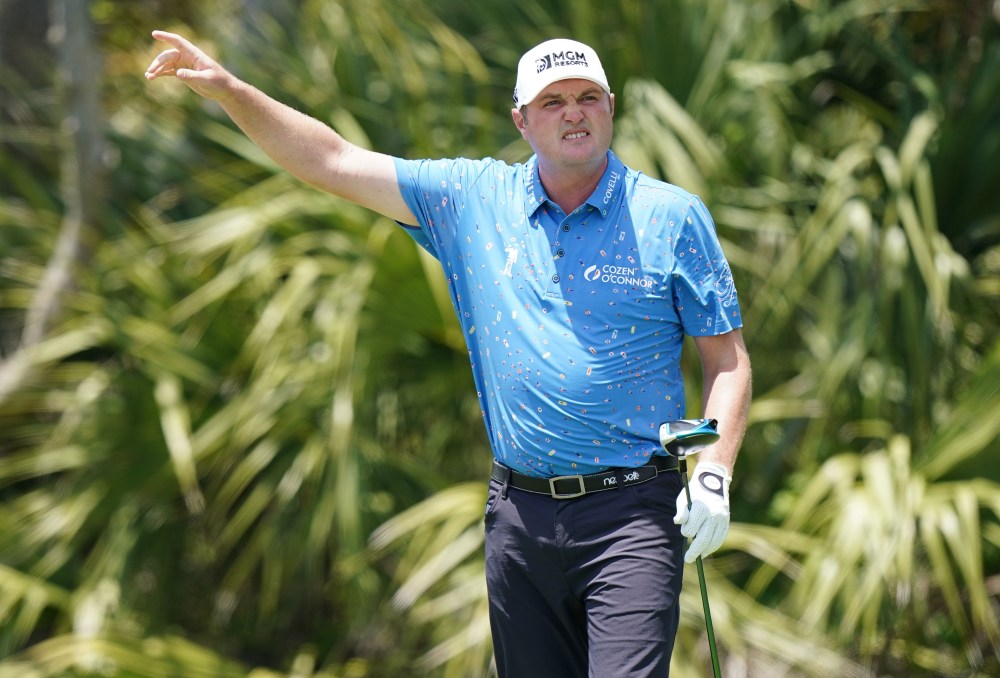 Kevin Streelman shot 70 to get to 4 under.

Christiaan Bezuidenhout and Branden Grace each shot 72 to get to 3 under.

Bryson DeChambeau and Joaquin Niemann each shot 71 and Gary Woodland 72 to move to 2 under.

Paul Casey, Corey Conners and Sungjae Im all shot 73 to stand at 1 under.