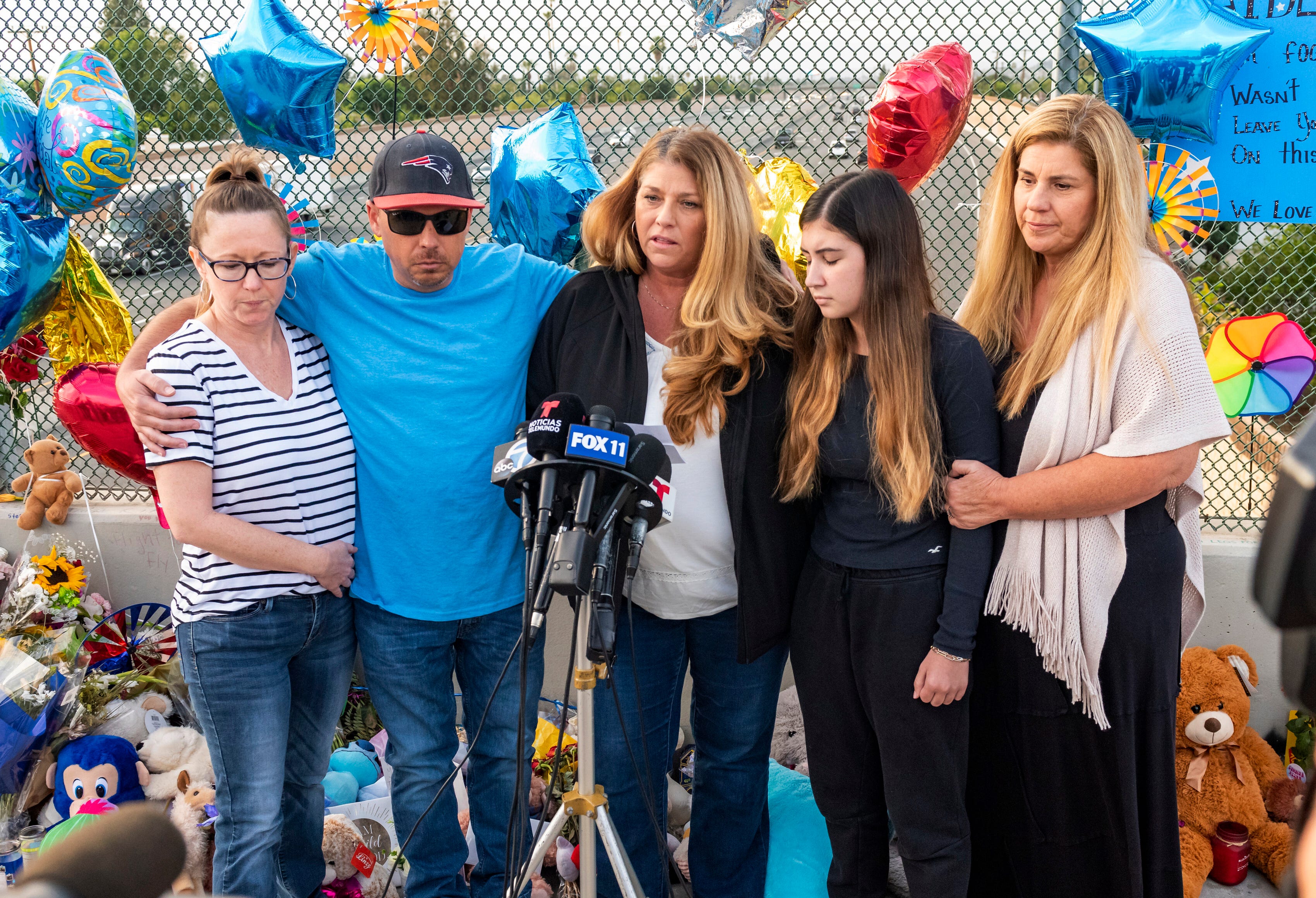 The reward for information leading to an arrest in an apparent road rage shooting of a 6-year-old boy in Southern California last month has increased to $450,000.

Aiden Leos was sitting in the backseat of his mother’s car as she drove him to kindergarten when another driver shot him on May 21, authorities said. Aiden was pronounced dead at a nearby hospital.

According to accounts from the mother and witnesses who stopped to help her, another car cut her off, she responded with a hand gesture and the car slipped in behind her and someone inside fired a shot through the rear of her car.

The reward is made up of donations from anonymous donors, government officials and community members. Aiden’s family initially provided $50,000 as a reward, which was later matched by Orange County supervisor Don Wagner, increasing to $100,000.

Orange County Supervisor Katrina Foley pledged an additional $50,000, according to a statement shared on May 25. Anonymous donors and community members — including local businesses — donated $250,000.

“The senseless tragedy of Aiden Leos’ death has been felt by the entire community,” Mayor John Stephens said in a statement. “We want to do what’s necessary to bring Aiden’s killer to justice, to take him or her off our streets, and to deter others from engaging in this type of dangerous conduct.”

Last week, the California Highway Patrol identified a vehicle of interest as a white 2018 or 2019 Volkswagen Golf SportWagen with non-tinted windows.  Authorities said the vehicle was occupied by a female driver and a male passenger.

‘Let’s get justice for his family’: Reward reaches at least $300K in search for shooter of 6-year-old on California freeway

A GoFundMe in support of Aiden’s mother and family, has raised over $300,000 as of early Thursday.

“What happened to Aiden is a devastating tragedy,” Foley said in her statement. “I am heartbroken for his family and particularly for his parents, Joanna Cloonan and Jose Leos. I want to do everything in my power to help bring the shooter to justice.”

CHP called for anyone with possible leads about the identity of the suspect to contact California Highway Patrol Santa Ana Area Office.