The Dallas-Fort Worth area is home to numerous lakes, but many aren’t open for swimming.

That’s why a reader asked Curious Texas: “Why don’t … bodies of water around Dallas allow for recreational swimming?”

Section 31-1 of the Dallas city code says it’s unlawful to swim in any pond or lake in Dallas unless signage specifically designates an area for swimming. Section 32-39 takes things even further with Bachman and White Rock Lakes, prohibiting swimming altogether. 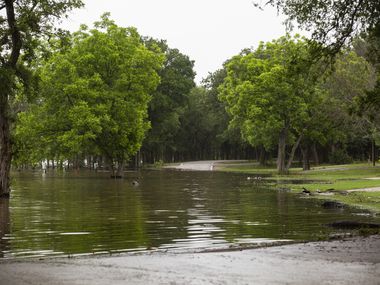 According to Dallas Park and Recreation, that’s for safety reasons. Bachman and White Rock have low watersheds, meaning that rivers and lakes at higher elevations drain into them. Both tend to collect a lot of debris after heavy storms.

“Sediment, trash, hydrocarbons, other assorted chemicals, and assorted storm debris” all end up in the lakes, said Brett Johnson, an urban biologist for the parks department.

Among the garbage that collects are broken glass bottles and other dangerous items that city workers can’t see or reach to clean up.

Both lakes also contain sometimes harmful bacteria. In a test of the water at Bachman early last month, Dallas Water Utilities found E. coli bacteria levels that are considered unsafe for ingesting, based on Texas Commission on Environmental Quality’s standards. 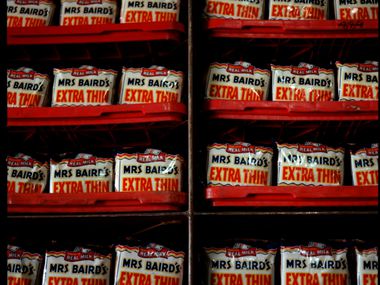 “If you may just have incidental contact with the water, not a problem at all,” Johnson said. “But jumping out in water and going swimming in it, possibly swallowing it — not a great idea,” he said.

Silt — the super-fine sandy and clay material that collects at the bottom of lakes, rivers and other bodies of water — is another issue.

“It’s one thing when you go into a lake or a pond and your feet only sink in a few inches, if that,” Johnson said. “It’s a whole other matter when you may step in there and be up to your knees in silt.”

Park rangers enforce the no-swimming rule in Bachman and White Rock, but Johnson said he hasn’t heard of anyone being fined for violations. 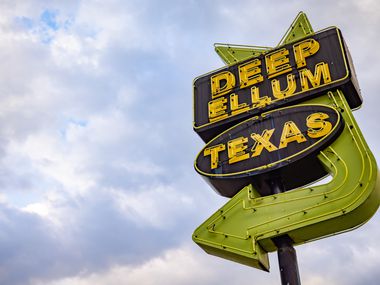 “Generally once informed of why we don’t allow swimming, we don’t usually get much pushback,” he said.

When created in the early 20th century, Bachman and White Rock became the main sources of drinking water for Dallas. The city put codes in place in the 1950s to protect water quality. Today, safety concerns are the main reason the rules remain in place.

The city also runs Lake Ray Hubbard, but swimming is allowed there. Because it’s so much larger than other lakes in Dallas County, it operates under different standards, Johnson said.

The U.S. Army Corps of Engineers oversees other area likes, such as Lavon, Ray Roberts and Benbrook — all flood-control reservoirs. The corps allows swimming in them, except in areas considered dangerous. People are advised to wear life jackets at the lakes and are prohibited from using glass around them.

Texas Parks and Wildlife doesn’t require local governments to allow or prohibit swimming at any particular lakes. But Cody Jones, assistant commander and boating law administrator for the agency, noted inherent dangers that come with swimming in any Texas lake.

Water in Texas lakes tends to be murky and constantly changing in depth.

“Somebody that may have been able to walk out 100 feet out into the water and still be in shallow water, as the water goes down, maybe they walk out 10 feet and all of a sudden there’s a 50 foot drop off that they’re unaware of,” Jones said.

Texas Parks and Wildlife recorded more than 200 open-water drownings from 2017 to 2020.

“We always encourage people to wear a life jacket when they’re recreating on open water, certainly know how to swim, and keep a good watch out for everybody that they’re around,” Jones said.

What should we answer next?

What do you wonder about the culture, people and institutions of North Texas — and the rest of our great state? Help us investigate stories that matter to you.

No question is too big or too small. Let’s get started. Visit this link to pose your question and vote on which questions we should answer.