DUBLIN, Ohio – Just off the back of the green at the 18th hole after he polished off a spectacular Saturday in which he stormed to a 6-shot lead in the Memorial Tournament at Muirfield Village Golf Club, Jon Rahm was told he had tested positive for COVID-19.

According to a release from the PGA Tour, Rahm was subject to contact-tracing protocols beginning Monday due to coming in close contact with a person who was COVID-19 positive. Rahm was given the option to remain in the tournament and had to take daily testing. Rahm has tested negative every day until Saturday when a test he took after his storm-delayed second round concluded. It came back positive at 4:20 p.m. ET.

A medical advisor from the Tour notified Rahm, who doubled over and said, “Not again.”

In accordance with CDC guidelines, Rahm will need to remain in isolation through June 15. Tour protocols say he will withdraw from the tournament. This puts his participation in the U.S. Open at Torrey Pines in San Diego which starts June 17 in jeopardy. Rahm, 26, won the first of his five PGA Tour titles in the 2017 Farmers Insurance Open at Torrey Pines.

The world No. 3 had taken control of the Memorial on Saturday. Ignited by an early morning ace and sparked by a late afternoon birdie blitz, he put himself in position to join Tiger Woods as the only players to win consecutive titles in the storied history of the event.

The world No. 3 made a hole-in-one on the 16th hole at 8:45 a.m. ET Saturday as he completed his storm-delayed second round – 8-iron from 183 yards – and then shot a 6-under 30 on the back nine during the third round to run away from the field and set up a potential rout on Sunday.

Rahm opened with a 3-under-par 69 on Thursday and then took a 2-shot lead with a 65 in the second round. Then he got really hot on a simmering day at Muirfield Village Golf Club. Rahm manhandled Jack Nicklaus’ renovated gem with a 64 to move out to a 6-shot lead.

Then he was told he tested positive.

Rahm tied the 54-hole record of 18 under and was six shots clear of 2019 Memorial champion Patrick Cantlay and Collin Morikawa, who won the 2020 Workday Charity Open at Muirfield Village.

“That’s obviously really disappointing,” Cantlay said when told of the news of Rahm’s situation. Cantlay played the third round with Rahm and Scottie Scheffler. “It’s kind of the worst situation for something like that to happen and he played awesome today and it’s just, it’s really, it’s a shame. It’s unfortunate. I’ve already had COVID, so, yeah, I got to imagine I have antibodies, so I don’t feel too concerned, but obviously it is somewhat of a concern, but I got to imagine that I had it earlier this year, so I’m feeling pretty OK about it.”

Scheffler said he was in scoring when Rahm told him the news.

“Jon looked very frustrated, which I thought was weird, so I kind of smiled at him thinking, I was, like, why, what happened? I was already inside. I didn’t see any activity on the green, so I kind of smiled at him just to see and, I mean, he just goes, ‘Good luck tomorrow, and, I’m, like, ‘Thanks, man. You play good. too.’ I was just really confused,” Scheffler said. “He’s, like, ‘No, man, I just tested positive. My heart just sank. It’s terrible that that happened.” 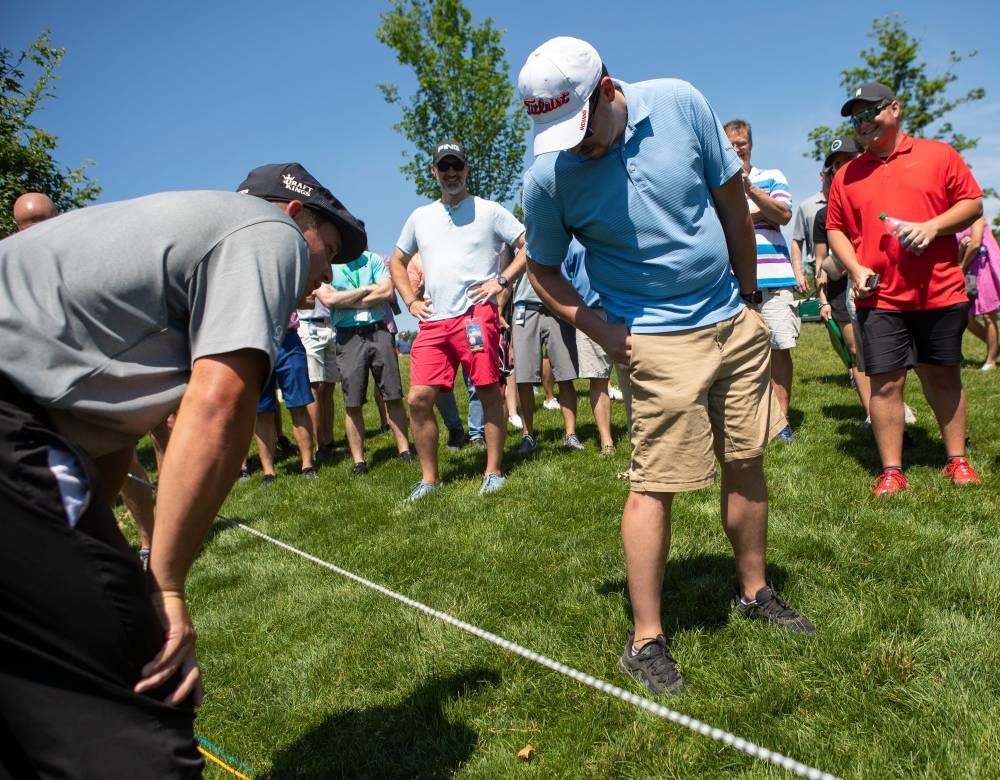