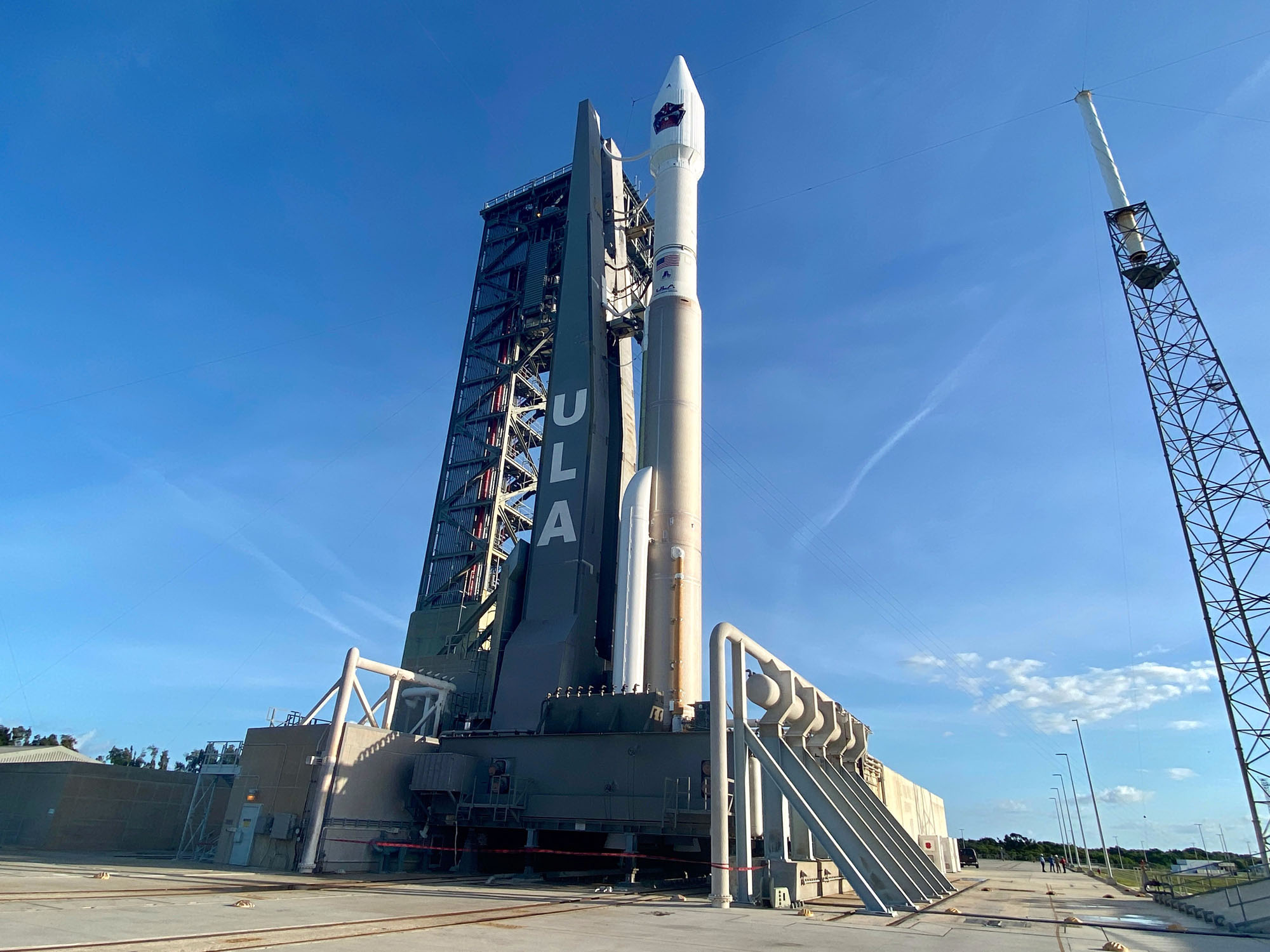 CAPE CANAVERAL, Fla. — United Launch Alliance (ULA)’s next Atlas V launch will have to wait a little longer as the liftoff has been delayed, the company announced Friday (June 5).

The mission, called STP 3, which was scheduled to launch on June 23rd, will have to wait a little longer to allow time for an investigation into a slight engine vibration that was observed during the company’s most recent flight of a missile-warning satellite for the U.S. Space Force.

The fifth of these Space-Based Infrared System (SBIRS) satellites blasted off from Launch Complex 41 at Cape Canaveral Space Force Station on May 18. Built by Lockheed Martin, the $1 billion satellite is designed to detect and track plumes produced by missile launches around the world, thanks to special onboard sensors.

That launch took off right on time, following a 24-hour delay due to a faulty temperature sensor in the liquid oxygen ground system. ULA CEO Tory Bruno said the sensor was actually fine but the crew ran out of time to troubleshoot during the mission’s predetermined launch window.

However, while ULA officials didn’t provide many delays when announcing the delay, Bruno took to Twitter to help explain what happened.

The SBIRS mission relied on an Atlas V rocket in the 551 configuration to ferry it to space. That meant that the rocket is the most powerful version of Atlas to fly, with five strap-on solid rocket boosters, a five-meter payload fairing and a single, RL10 engine that it uses as its upper stage.

The RL10 engine, built by Aerojet Rocketdyne, did its job. However, the engine’s nozzle was seen vibrating during flight, which in spaceflight terms is called ringing — an off-nominal behavior.

“Those watching the live feed may have observed some ringing of RL10’s new carbon nozzle extension,” Bruno said on Twitter. “While it did its job, boosting RL10’s eye-watering performance a little higher, we want to make sure we fully understand that behavior before flying this configuration again.”

Related: NASA fires up its 1st SLS megarocket for moon flights in a critical engine test

The STP-3 mission is also relying on the Atlas 551 to get to space, so Bruno and the teams at ULA want to make sure they understand what caused the ringing.

According to Bruno, the mission will have a new launch date soon as the booster can’t sit on the pad indefinitely waiting for its flight — there’s another crucial mission for ULA right around the corner.

ULA is responsible for the launch of a Boeing Starliner spacecraft. That mission, called OFT-2 (or Orbital Flight Test 2), is a do-over of the Starliner’s first uncrewed flight test which occurred in Dec. 2019. That mission experienced an anomaly in-flight, causing it to miss its rendezvous with the space station.

Boeing and its Starliner spacecraft are one of two commercial companies (the other being SpaceX with its Crew Dragon craft) that are charged with transporting astronauts to the International Space Station as part of NASA’s commercial crew program.

To date, SpaceX has completed two of its operational missions, with the second (Crew-2) having launched to the orbital outpost earlier this year. OFT-2 is slated to liftoff on July 30, pending the outcome of the STP-3 launch review. It’s possible that the OFT-2 mission could jump ahead on the schedule, though nothing has been confirmed yet.