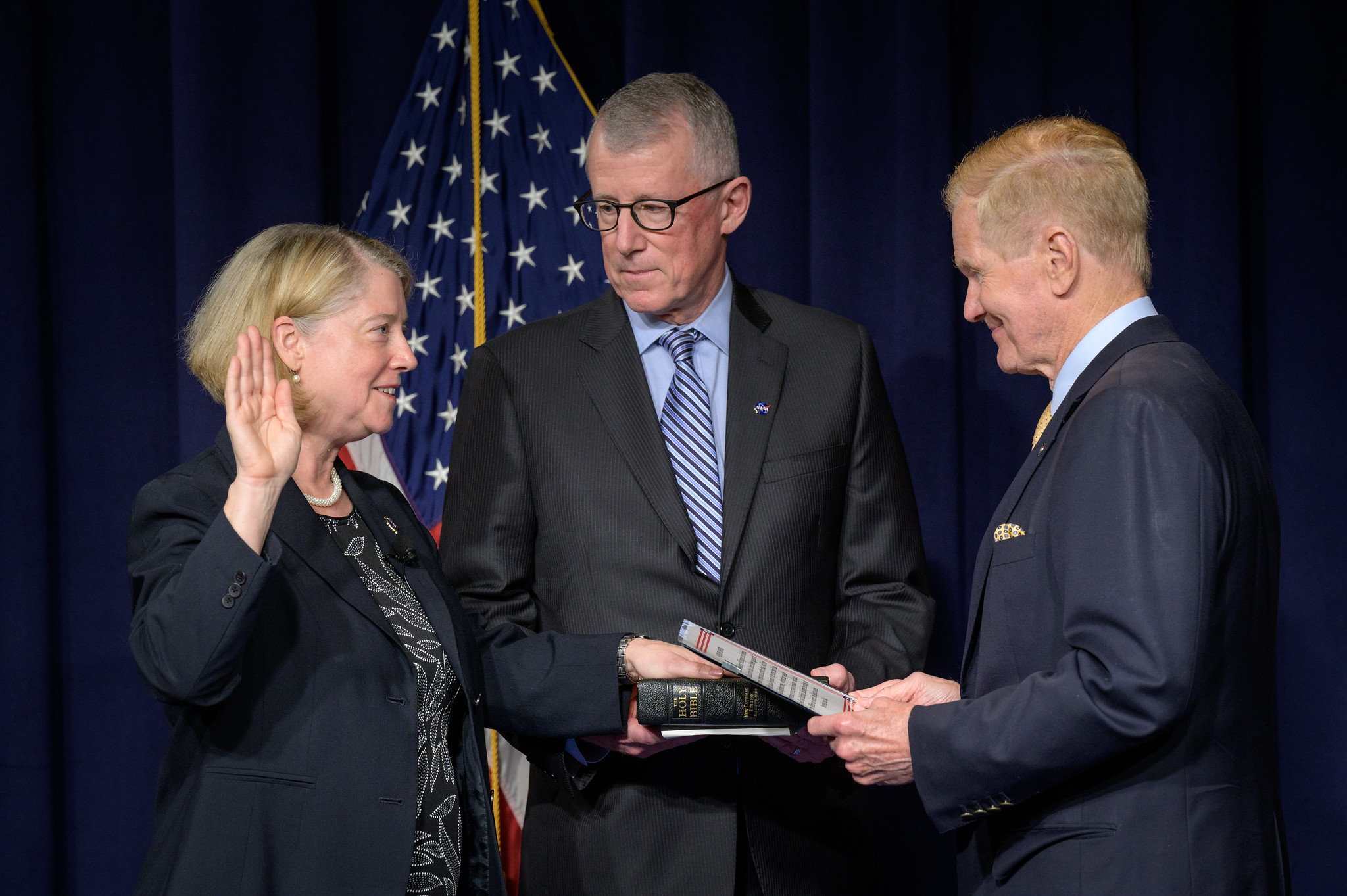 NASA’s second-in-command is now on the job.

Former astronaut Pam Melroy was sworn in as NASA deputy administrator on Monday (June 21), four days after being confirmed for the post by the U.S. Senate.

“It is a joy to be back in the NASA family, the smartest and most dedicated workforce of any place that I’ve ever worked,” Melroy said in a NASA statement Monday. “I always knew this was the most exciting place to work from the time I was a child, inspired by the first landing on the moon.”

Melroy served in the U.S. Air Force before being selected as a NASA astronaut candidate in December 1994. She flew on three space shuttle missions, serving as a pilot on STS-92 in 2000 and STS-112 in 2002 and commanding STS-120 in 2007. Overall, she racked up more than 38 days in space, according to her official NASA biography.

Melroy is one of just two women to command a shuttle mission, along with former NASA astronaut Eileen Collins, who commanded the STS-95 mission in 2005. (STS-95 was the “return to flight” shuttle mission after the Columbia disaster in 2003.)

Melroy retired from NASA in 2009, but retained close ties to the aerospace sector. She worked at Lockheed Martin and the U.S. Federal Aviation Administration, for example, and she also served as deputy director of the Defense Advanced Research Projects Agency’s (DARPA) Tactical Technology Office.

As deputy administrator, Melroy now serves alongside Bill Nelson, the former Democratic U.S. Senator from Florida who took office as NASA’s 14th administrator on May 3. The two will steer NASA together, planning out the agency’s policies and overall direction.

“What a grand occasion for us! Pam is extremely skilled, experienced and ready for this job,” Nelson said about Melroy’s confirmation in the same statement.

“Pam is an ROTC [Reserve Officer Training Corps] graduate and an Air Force officer,” he added. “She was one of two female test pilots for the Air Force and one of two female NASA astronaut commanders; she’s logged over 6,000 hours in aircraft, and she has logged many, many days in space. And, now, Pam is the first woman astronaut to serve as deputy administrator here at NASA.”

Nelson was far from the only one to offer kind words about Melroy.

“Pam is uniquely qualified to help lead NASA,” former NASA chief Charlie Bolden, also a former astronaut and shuttle commander, said in the same statement. “It has been a privilege to work with Pam throughout her career, and now to see her assume this leadership role. I couldn’t be more proud.”

In the same statement, former astronaut and current U.S. Senator Mark Kelly (D-Ariz.), who worked under Melroy at one point, called her “incredibly competent” and “one of the best bosses I’ve ever had.”

“NASA has big goals: going back to the moon and going on to Mars someday,” Kelly said. “It’s really exciting, and with Senator Nelson, Pam Melroy and [NASA Associate Administrator] Bob Cabana, you guys have great leadership here, and the future looks great.”