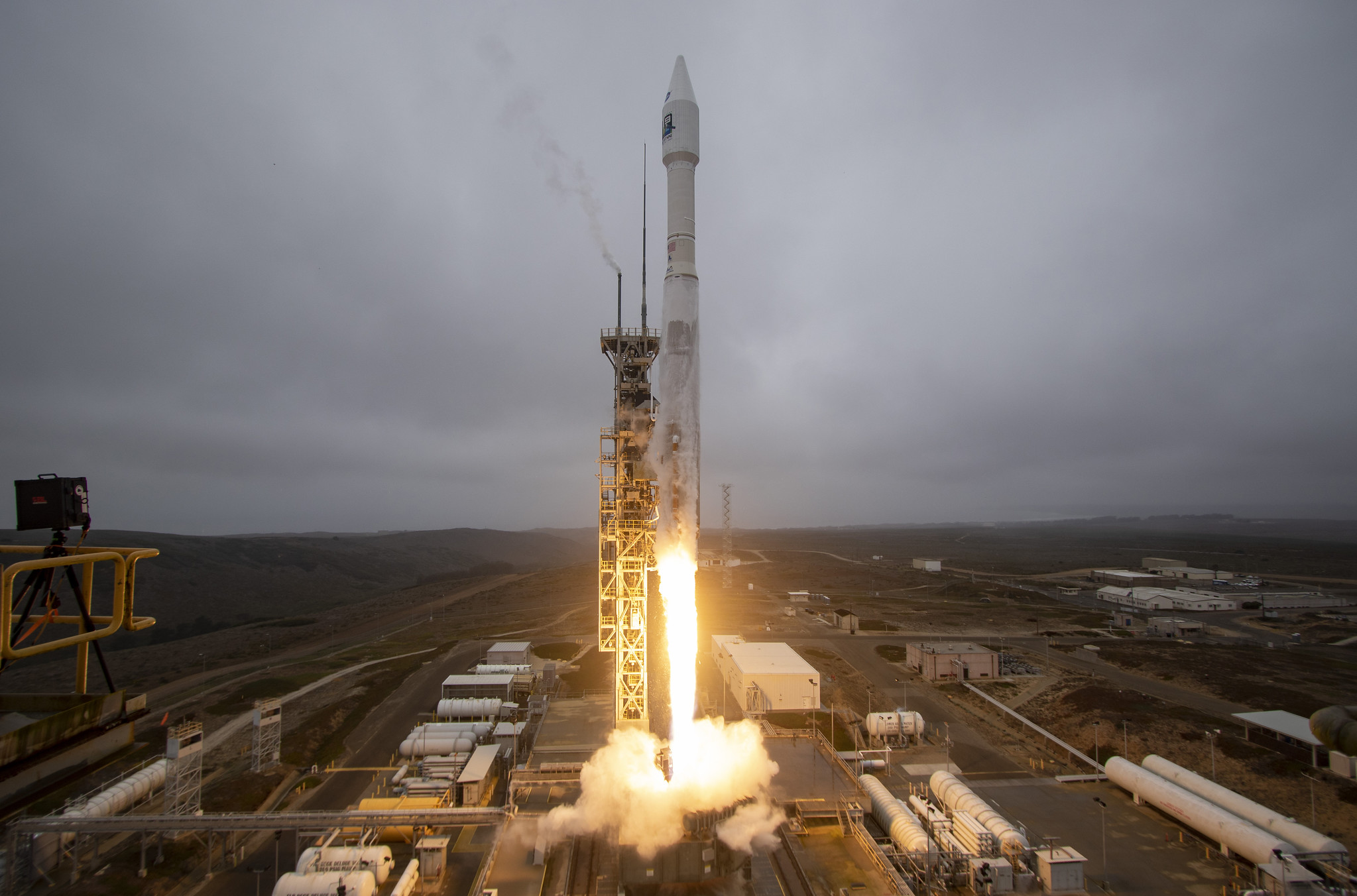 Two cubesats designed to study the Earth’s magnetic field and to look for exoplanets around nearby stars rode to space on Monday (Sept. 27) with NASA’s new Landsat 9 Earth observation mission.

The two little satellites called CuPID (for Cusp Plasma Imaging Detector) and CUTE (for Colorado Ultraviolet Transit Experiment), carpooled with the 3-ton Landsat 9 to space, taking advantage of excess room available atop an Atlas V rocket provided by United Launch Alliance. This arrangement makes it relatively cheap for the cubesats to access space, since Landsat 9 was already booked on the rocket and there was enough fuel to spare for extra passengers.

CuPID is the first spacecraft ever fitted with a wide field-of-view soft X-ray camera designed to detect lower-energy X-rays. These X-rays are generated during a phenomenon known as magnetic reconnection, which occurs when two magnetic fields, such as that of Earth and the sun, encounter each other.

This happens regularly when the solar wind (charged particles that flow from the Earth’s sun) collides with the Earth’s magnetosphere (the planet’s protective magnetic field). The interaction sometimes triggers colorful aurora displays as molecules high up in the atmosphere get “excited” when they mix with the solar wind.

Occasionally, the sun’s energy can burst through the planet’s magnetic shield when reconnection occurs, knocking out power grids and putting astronauts and satellites in orbit in danger of radiation damage.

“There are two big questions we have about magnetic reconnection at Earth’s magnetosphere that we hope CuPID will address,” Brian Walsh, assistant professor of mechanical engineering at Boston University and CuPID’s principal investigator, said in a NASA statement. “The first is: Does energy flood into one big continuous region, or lots of little patches? The other is: Is it occurring all the time? Or does it occur in bursts?”

CuPID has a wide field of view to get a “big picture” of how the solar wind and the magnetosphere interact. It also has a long history of development at NASA’s Goddard Spaceflight Center in Maryland, stemming from tests on suborbital rocket flights that each spent a few minutes in space.

The CUTE mission is looking in the opposite direction, into the distant universe, to find exoplanets “transiting,” or passing across their parent stars. Its goal is to learn about the other worlds’ atmospheres and to understand how these atmospheres can evaporate, which could provide valuable context for similar processes that may occur at Mars.

“We don’t see extreme atmospheric mass loss on planets in our solar system today, so extrasolar planets can serve as a laboratory for studying those conditions,” Kevin France, CUTE’s principal investigator and an exoplanet researcher at the University of Colorado, said in the same statement.

CUTE will focus on extrasolar planets called hot Jupiters, which are much larger than Mars and orbit very close to their parent stars. Atmospheric loss is far more abundant for hot Jupiters than it is for the Red Planet. CUTE will keep an eye on at least 10 huge exoplanets as they transit across their parent stars, with plans to capture five to 10 transits for each exoplanet.

The little satellite will watch how ultraviolet light from each star changes during transits, when the hot Jupiter is blocking a small part of the star when observed from Earth’s orbit. Atmospheric elements such as magnesium and iron absorb this light wavelength, providing a distinctive pattern that betrays their presence. CUTE will measure changes in these atmospheric elements over time.