TikTok star Gabriel Salazar, 19, was driving three undocumented immigrants from Mexico during the night of his fatal, high-speed police chase in Texas in what the local sheriff’s office is calling a suspected smuggling case.

All four occupants were killed after Salazar crashed into multiple trees along Highway 83 in La Pryor, Texas – about 50 miles from the Mexican border – and the car flipped over and caught fire.

Salazar and Luiz Jimenez Mora, 41, Jose Molina-Lara, 23, and Sergio Espinoza-Flores, 36, were all killed at the scene, police said.

Salazar is a Hunstville, Texas resident, but the Zavala County Sheriff’s Office said in a Facebook statement on Wednesday, that they were notified by Homeland Security ‘that three out of the four males that died as a result of the accident were identified as illegal immigrants from Mexico.’

A law enforcement source familiar with the case told the Houston Chronicle, ‘It’s a smuggling situation is what is looks like.’

‘We’ve had smuggling crashes in Del Rio and by Eagle Pass, Uvalde, but the majority are there in Carrizo and Crystal City, along (Highway) 83 all the way down to Ashton.’

Crystal City police tried to pull over Salazar’s white 2014 white Chevrolet Camaro – which can reach speeds of 202mph and costs nearly $25,000 – on Highway 83 around 1:20am Sunday, but the teenager refused to comply.

Cops deployed a tire deflation system, but it failed, and Salazar kept driving north along Highway 83, left the roadway into a grassy area and crashed into multiple trees. It’s not clear at what speed he was driving.

The car rolled over several times before coming to a standstill on its roof and then caught fire.

Officials from the La Pryor Fire Department, Crystal City Volunteer Fire Department and Alamo EMS responded and told News4 San Antonio that they had trouble putting out the fire because fuel kept spewing from a ruptured gas tank and fed the inferno. 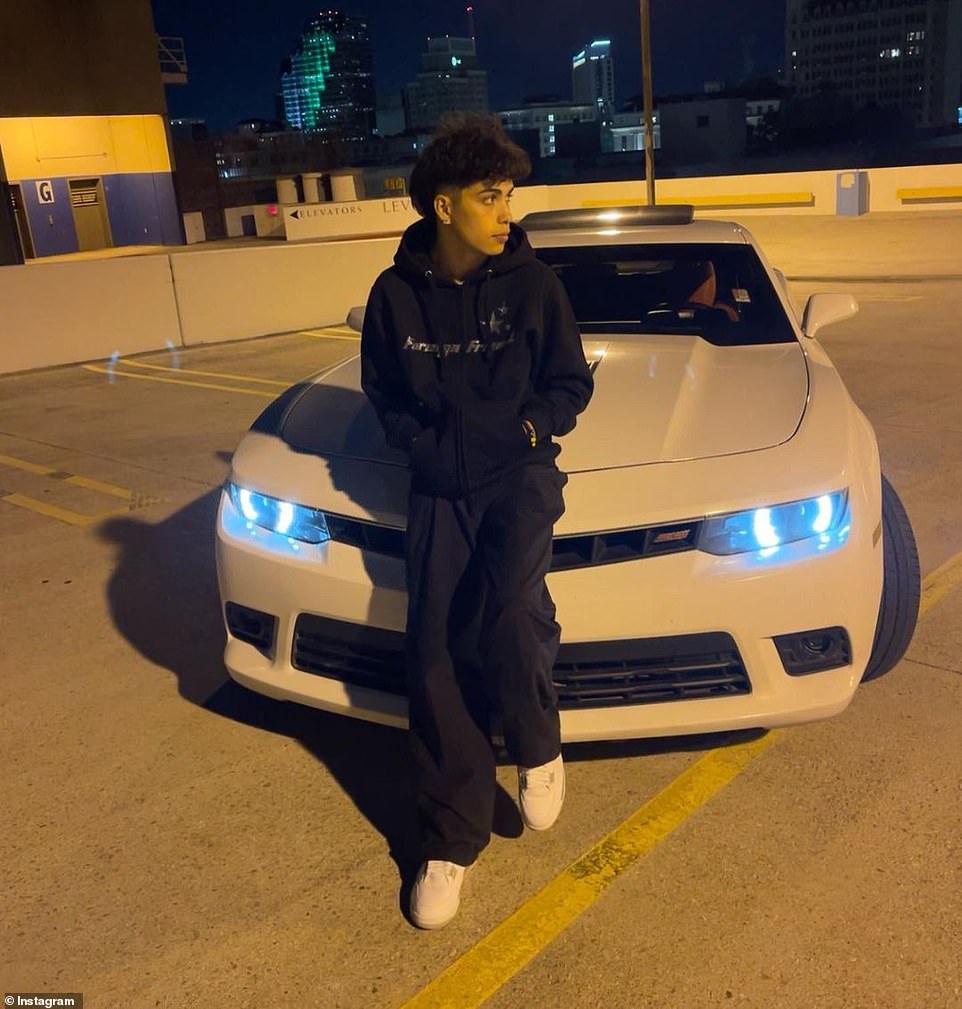 In his last Instagram post, Salazar leaned on the hood of a white Chevrolet Camaro wearing a black hoodie, black sweatpants and white sneakers and captioned the photo, which he shared with his more than 757,000 followers 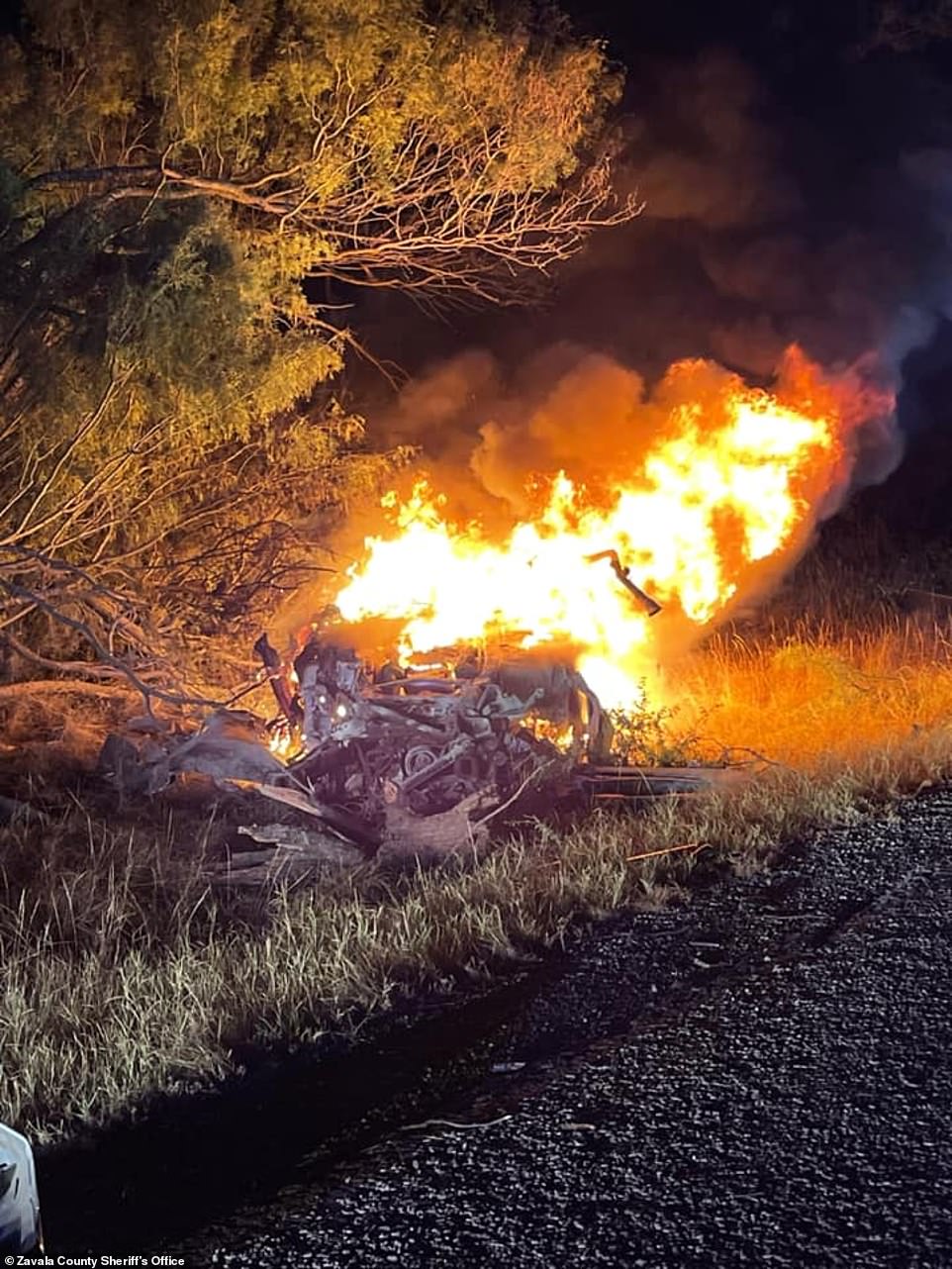 According to the police report, officers tried to stop Salazar while he was driving a white Chevrolet Camaro around 1.25am but he refused to pull over. The car eventually crashed into a tree and rolled over multiple times before catching fire 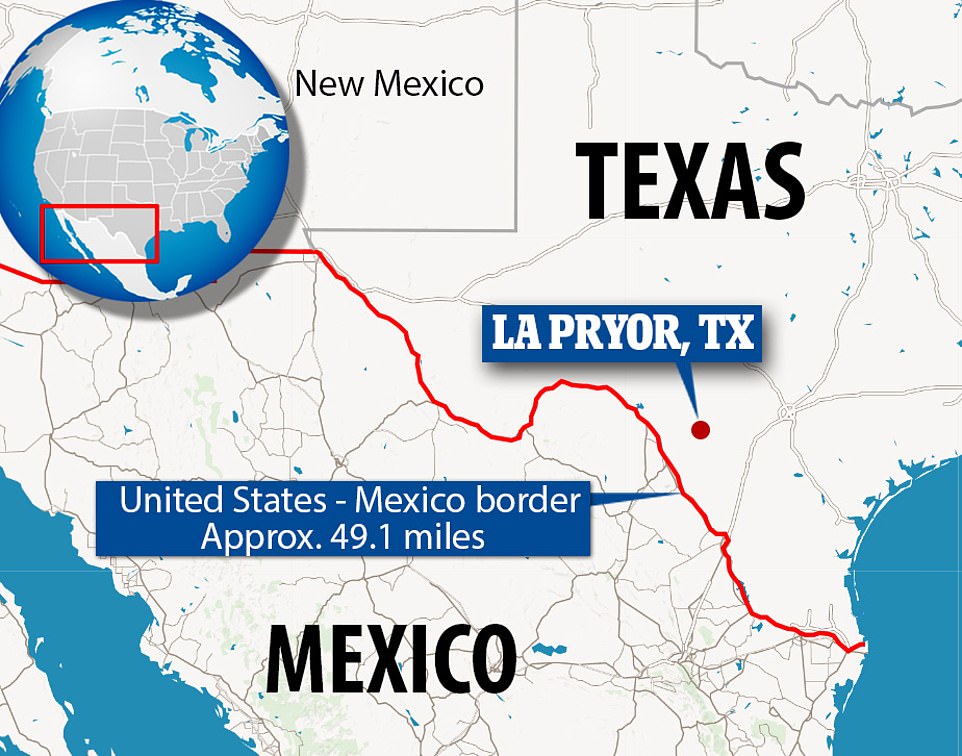 The crash happened in La Pryor, Texas, about 50 miles from the Mexican border 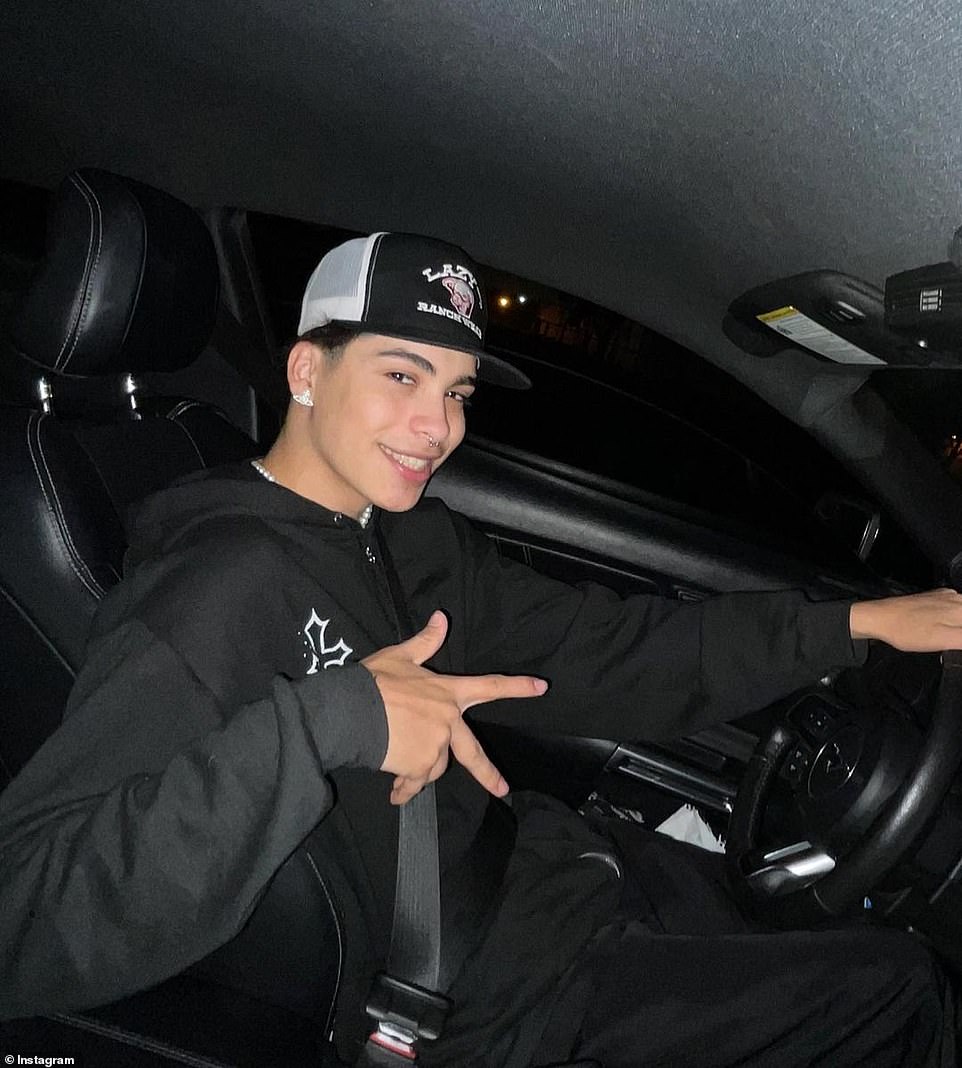 TikTok star Gabriel Salazar, 19, has died following a car accident on Sunday in Zavala County, Texas after a police chase that involved a suspected smuggling case

Homeland Security said statement to the Houston Chronicle that it assisted the Texas Department of Public Safety in La Pryor but didn’t name Salazar in the statement.

‘The incident is suspected of being a possible human smuggling event. No additional details are being released at this time; as the criminal investigation remains ongoing.’

Salazar joined TikTok in 2019 and accumulated more than two million followers before his sudden death. He often shared videos of himself lip syncing and dancing.

On Instagram – where he has more than 775,000 followers – the Brownsville, Texas, native showed off his love for cars and posed with the 2014 Chevrolet Camaro just days before the fatal crash in his last post before the crash. 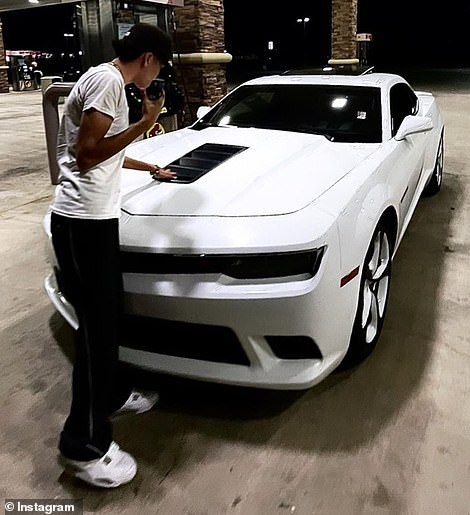 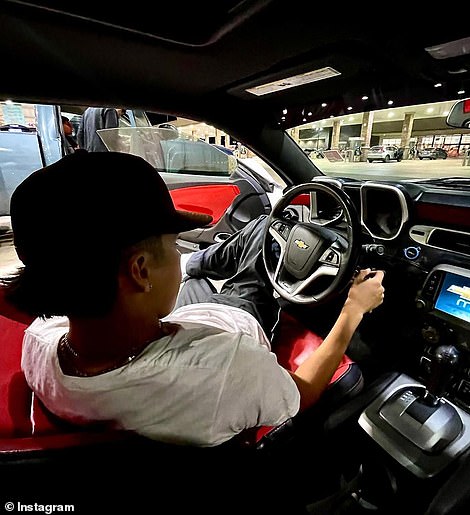 Officials from the La Pryor Fire Department, Crystal City Volunteer Fire Department and Alamo EMS responded and told News4 San Antonio that they had trouble putting out the fire due to a ruptured gas tank that was spilling fuel 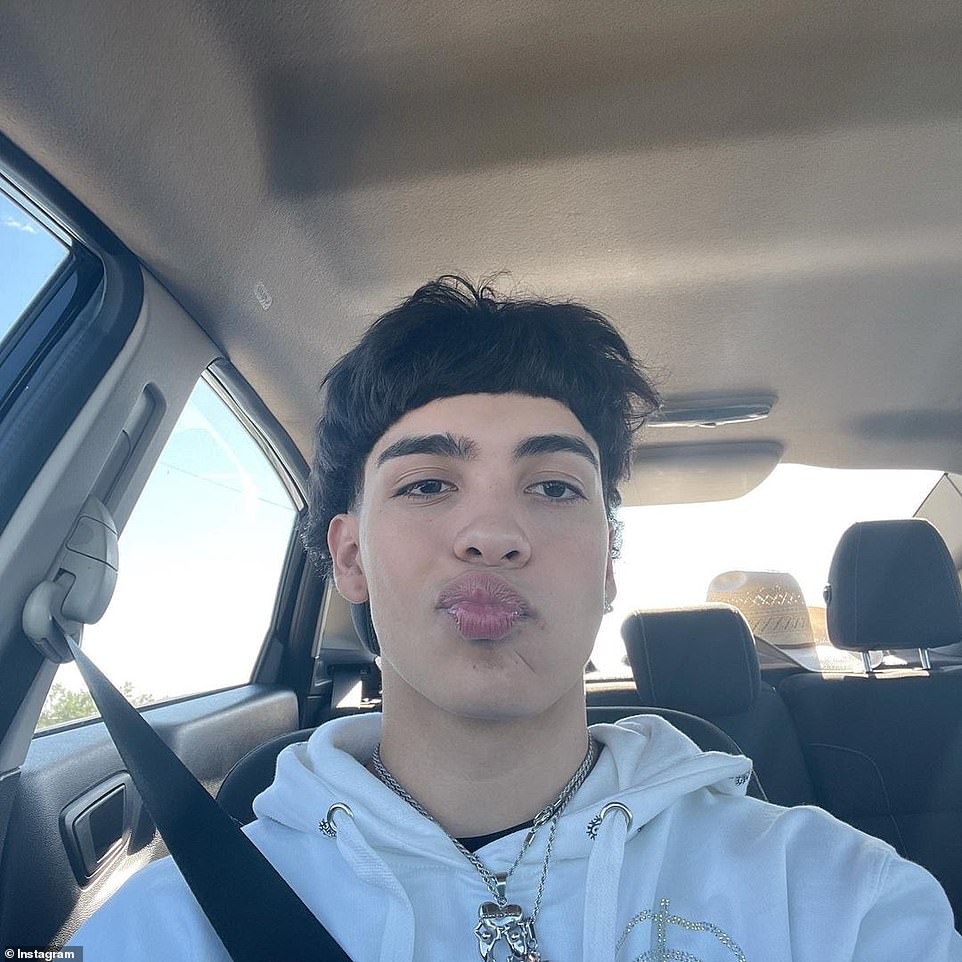 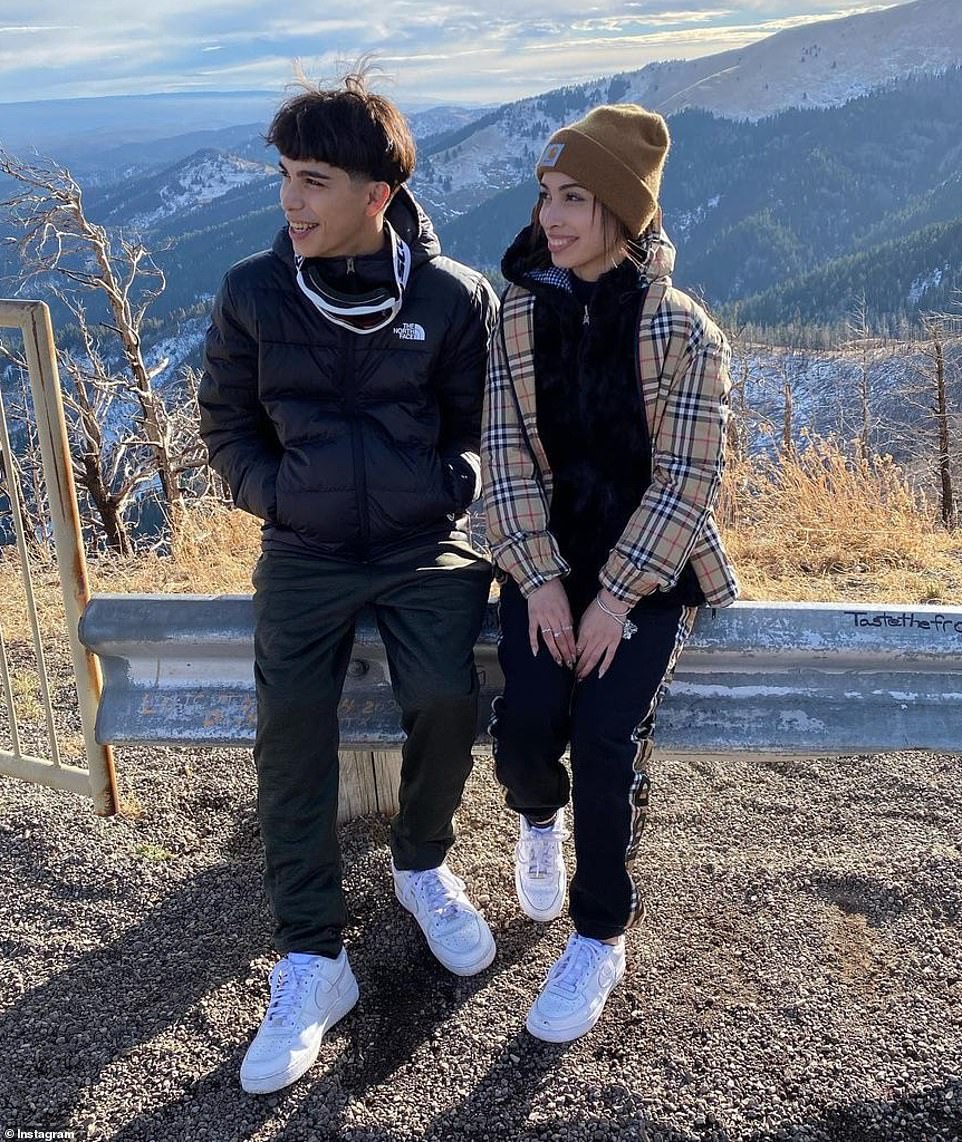 In his last post before his death, Salazar is seen leaning on the hood of the white Chevrolet Camaro wearing a black hoodie, black sweatpants and white sneakers and captioned the photo: ‘Should I get my septum back?’ referring to a nose piercing.

Salazar had two Instagram story highlights dedicated to cars on his profile, too – one titled Whip and another simply of an emoji of a red car.

Before his last photo, he shared a lot of pictures of a Black Ford Mustang. In one story highlight, a driver did donuts in the sports car in a parking lot with a friend in the passenger seat.

In another clip, he filmed a pickup drug doing donuts around a lamppost. It was unclear if Salazar was in the driver’s seat in either video.

‘I’m niceee [sic] with it’ he wrote on another video of a car skidding on an empty street at night. In one clip Salazar posted, the speedometer showed that the unidentified driver was going 90mph.

Danna captioned a series of photos of her brother in Spanish: ‘I’d give anything to have you here with us, we need you so much. I’ll no longer be able to see your beautiful smile. I love you little brother. I hope to see you soon.’

Salazar’s best friend and fellow TikToker Ricky Flores started the hashtag ‘LLG’ – Long Live Gabe – alongside photos he posted of him and his late friend.

‘Words can’t even explain how I feel right now. Man I would do anything to get you back right now bro,’ he added.

He is survived by his parents, older sister and younger brother, who he did not often reveal on his social media pages. 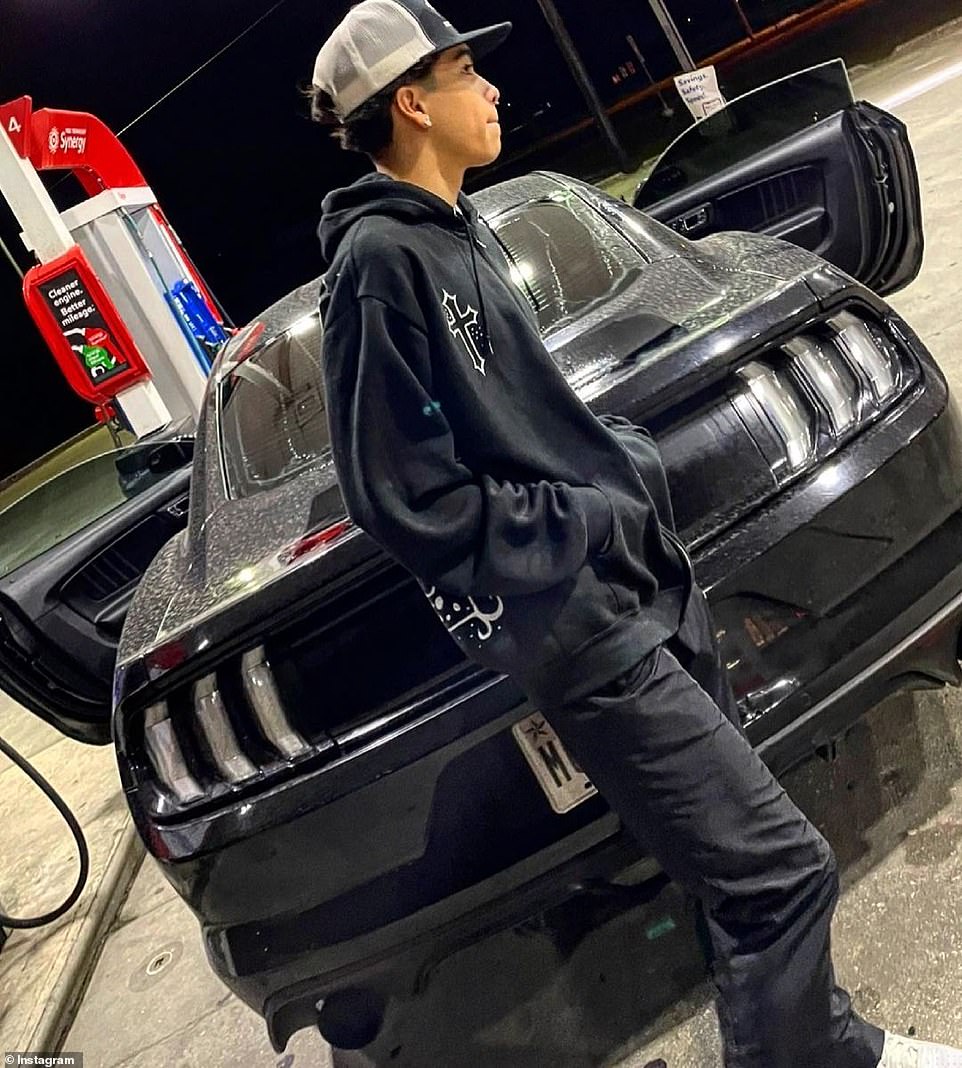 Salazar was known as GabeNotBabe on social media and boasted more than 2million followers on TikTok and 757,000 on Instagram 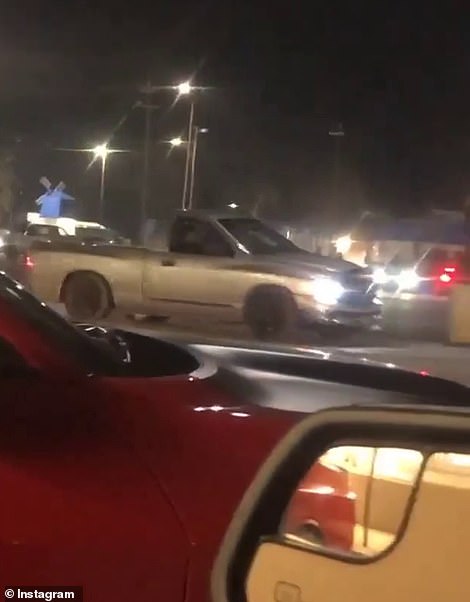 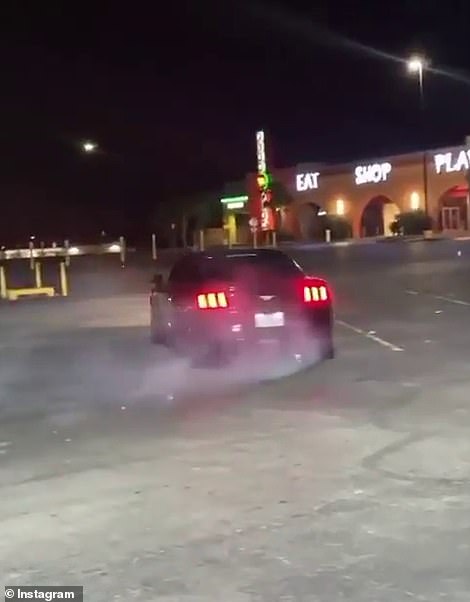 Salazar showed off his love for cars on his Instagram page, where he has more than 775,000 followers. Before the photo with the Camaro he shared a lot of photos of a Black Ford Mustang. In one story highlight he filmed a driver doing donuts in the sports car in a parking lot (right) with a friend in the passenger seat. In another clip, he filmed a pickup drug doing donuts around a lamppost (left). It was unclear if Salazar was in the driver’s seat in either clip