AUSTIN, Texas — You can see a lot of things at the Austin City Limits Music Festival. Up-and-coming acts just getting their start, young artists in their prime. But it’s not every year you get to see a country legend.

During his Weekend 1 headliner set on Friday, George Strait gave his fans what they came for: George Strait. Jeans, hat, guitar and a very Texas show from start to finish.

Before Strait took the stage, “Miles and Miles of Texas” played to get fans ready. When Strait’s long-time Ace in the Hole bandmates took the stage, they started with “Deep in the Heart of Texas.” And then came Strait, looking just as much a cowboy as he always has.

“Whoever thought this thing up, they deserve a medal,” Strait told the crowd. “This is great!” 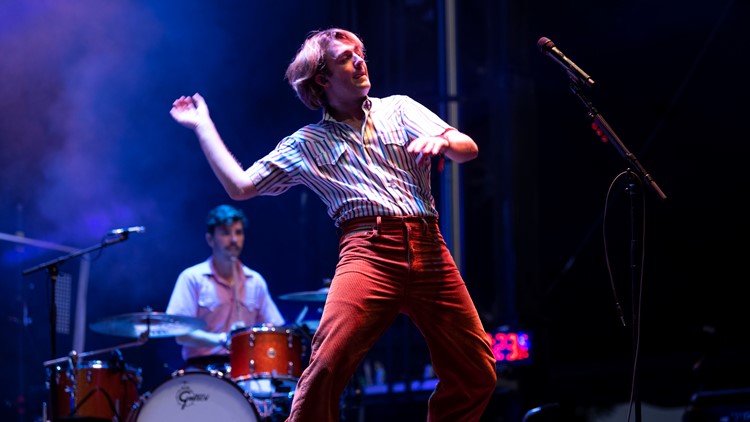 Strait’s set followed a formula. Fun dancehall song, softer “slow dance with your honey” song and repeat. And it worked: the couples slow danced and the honky-tonk crowd twirled and sang along.

He and the Ace in the Hole Band have too many songs to play for too much banter — just some song backstory here, a Codigo 1530 tequila plug there. But Strait does still take time to introduce every member of the band, including where they’re from. The answer is almost always Texas.

Strait’s set featured about 30 songs, including the obvious plays — songs like “Amarillo By Morning” and, of course, “All My Ex’s Live in Texas” — plus a few surprises. He played two covers: “Pancho and Lefty,” by Townes Van Zandt, made famous by fellow country legends Merle Haggard and Willie Nelson, and “You Wreck Me” by Tom Petty.

With Friday’s set, Strait wasn’t trying to win anyone over. He played a set for George Strait fans, maybe even some of the same people who saw him play The Broken Spoke when he was just starting out.

Why change something that isn’t broken? They don’t call him the “King of Country Music” for nothing.