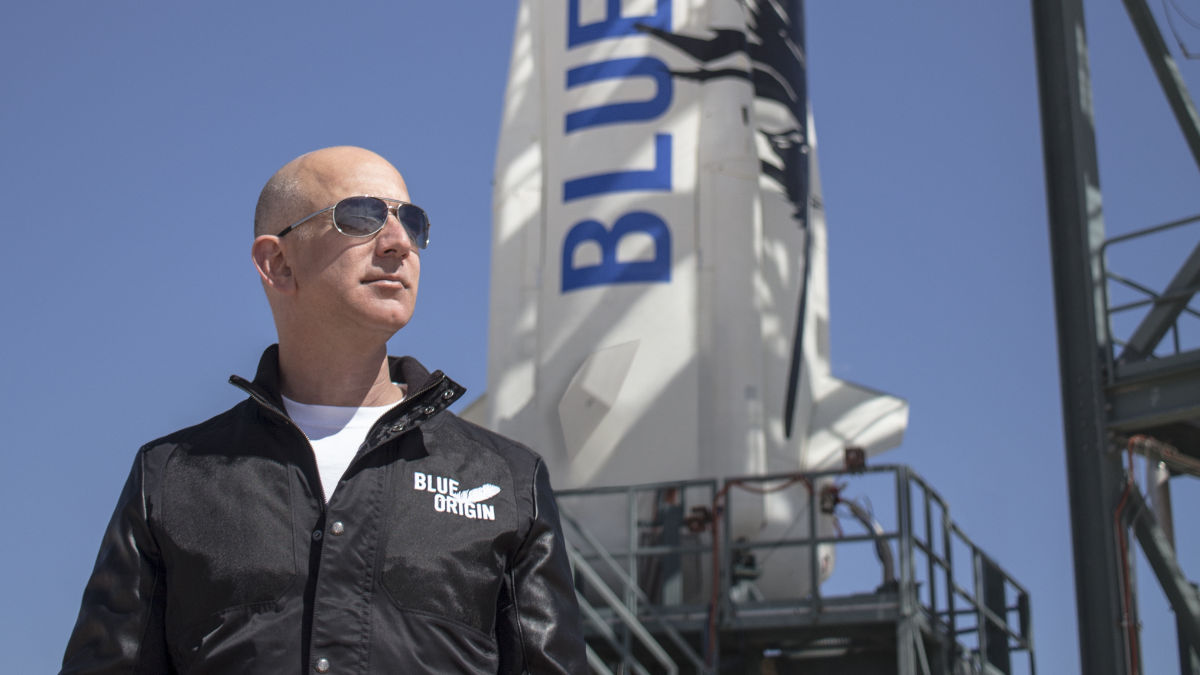 Owen Wilson stars in the raunchy “Saturday Night Life” skit as a cowboy-hatted Bezos, a nod to the Blue Origin founder’s fashion decision before blasting off on his company’s first crewed suborbital flight July 20. There are plenty of Amazon jokes, too, in reference to the company where Bezos made his billionaire riches. (Families with young kids will probably want to screen this skit first, due to its content.)

Called “Star Trek: Ego Quest,” the skit features a triple-headed battle between the space billionaires vying for public attention this summer — Bezos, Richard Branson (from Virgin Galactic, who flew to suborbital space himself July 11) and Musk (whose company sent the privately funded Inspiration4 all-civilian crew to orbit for three days in September, bankrolled by yet another billionaire: Jared Isaacman.)

“Space is freaking awesome!” the spoof Bezos yells, and the trailer introduces the “crew of random weirdoes” accompanying him on the U.S.S. New Shepard: a “rich kid from the Netherlands” (in real life, Oliver Daemen, son of a hedge fund manager), “Jeff Bezos’ brother” (in real life, Mark Bezos) and Wally Funk, who is correctly identified as an 82-year-old astronaut. (Funk had tried to join NASA’s Mercury program in the 1960s, but was disqualified in large part due to being female. Bezos invited Funk to join his crew and, we presume, paid for her seat.)

The “midlife crisis of epic proportions,” as the skit puts it, includes a race in space between Branson and Bezos during which the billionaires accidentally smash into a space station; “Oops, don’t care,” the faux Branson says. Later in the trailer, a fake Elon Musk shows up, vowing to beat Bezos at his own game. Also watch for the obligatory jokes about how Amazon treats its employees, and the shape of the New Shepard rocket.

While the SNL skit pokes a lot of fun at the competition between billionaires, and questions why rich people get to fly in space, valuable context comes from knowing that in recent weeks, both Blue Origin and Virgin Galactic have faced criticism for their safety practices.

Virgin Galactic was grounded pending a Federal Aviation Administration review for deviating from the flight plan during Branson’s flight. The FAA reinstated Virgin Galactic’s flight status last week after six weeks of work. The FAA is considering turning its attention to Blue Origin next, after scathing allegations emerged concerning its company culture and safety work.

None of the people or companies named in the SNL skit have made comments yet on their various Twitter feeds. This even includes Musk, who made a guest appearance on the famed comedy show earlier this year spoofing himself in skits discussing the dogecoin cryptocurrency he backs, his Mars settlement hopes and even the Nintendo supervillain Wario.

Blue Origin’s next crewed New Shepard launch is set for Oct. 12 and will carry William Shatner, who portrayed Captain James T. Kirk on the original “Star Trek” TV series and films, along with three other passengers.