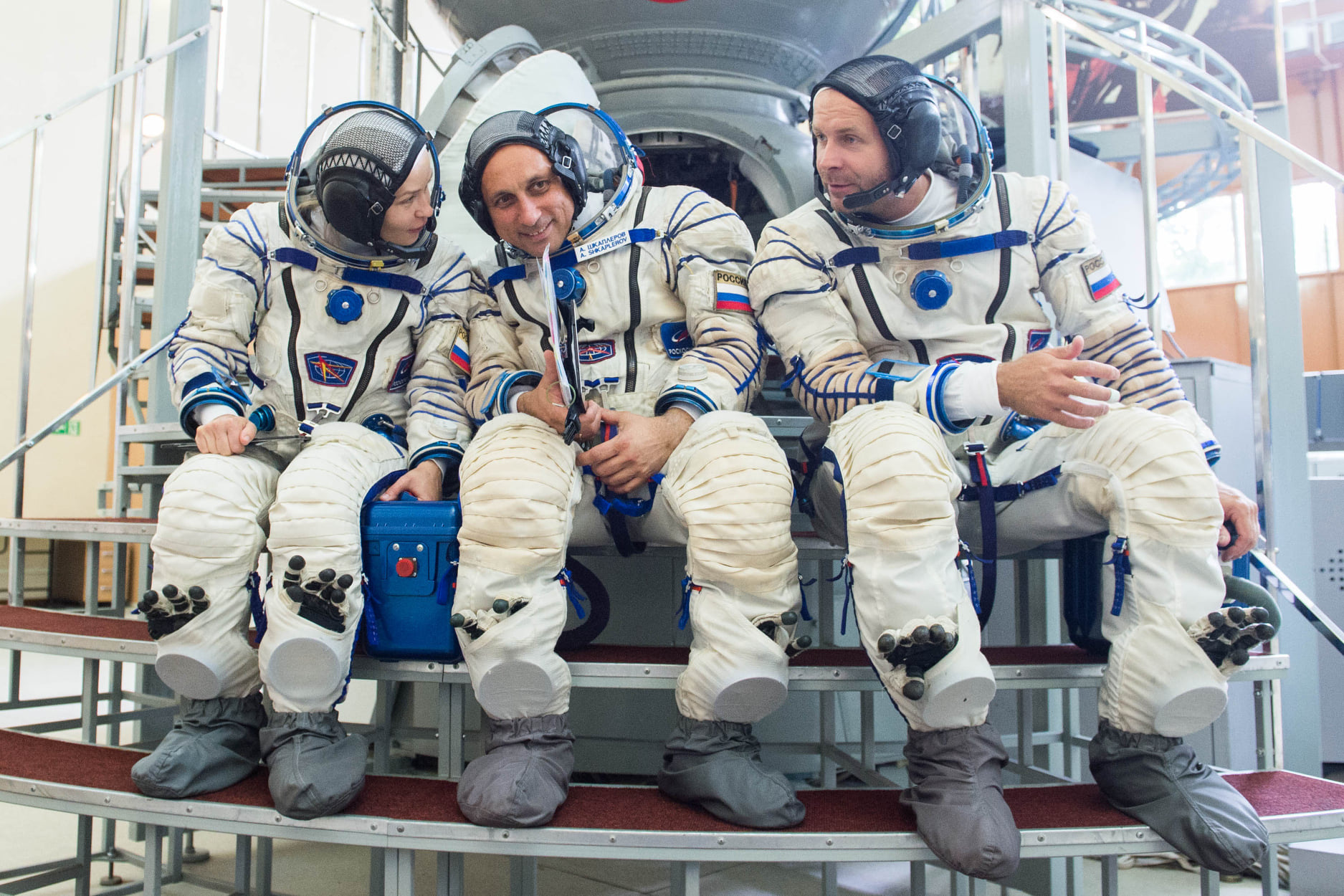 A cosmonaut, a film director and an actor will launch on a mission Tuesday (Oct. 5) in part to film a movie on the International Space Station (ISS), and you can watch it live.

A Russian Soyuz spacecraft carrying the three crewmembers will blast off from the Baikonur Cosmodrome in Kazakhstan at 4:55 a.m. EDT (0855 GMT or 6:55 p.m. local time). You can watch the coverage live on NASA Television, NASA social media, the NASA website or here and on the Space.com homepage. NASA’s webcast will begin at 4:15 a.m. EDT (0815 GMT).

On board will be cosmonaut Anton Shkaplerov — a veteran of three long-duration spaceflights who will spend another multi-month stay on the space station — along with film director Klim Shipenko and actor Yulia Peresild. Shipenko and Peresild are expected to spend 12 days in orbit.

The short-duration flyers will film a fictional movie called “The Challenge,” which follows a doctor who flies to the ISS on short notice to give life-saving care to a cosmonaut. Russia is seeking to make the first movie in space, and shifted its flight schedule to get ahead of NASA’s and SpaceX’s plans to support the launch of a Tom Cruise action movie in orbit, according to the New York Times. The Cruise film, first announced in 2020, does not have a launch date disclosed yet.

At a prelaunch news conference, Peresild said that she and Shipenko received basic emergency training for the spaceflight and that they have made accommodations to do their work without the usual film crews, the New York Times noted. For example, Peresild will do her own makeup, and the director will figure out other aspects of the shoot such as lighting and sound.

Neither of the two short-duration flyers have professional spaceflight experience beyond their basic training at Roscosmos. Peresild is well-known in Russia for her work in the country’s movies, art films, television series and appearances at the Malaya Bronnaya theater in Moscow, the Times said.

The official Roscosmos website for “The Challenge” says the film is part of a joint scientific and educational project with Channel One, Roscosmos and a studio called Yellow, Black and White. Roscosmos has described the movie as a project meant to show the increasing availability of spaceflight to people who aren’t professional astronauts employed by national agencies.

The mission, formally dubbed Soyuz MS-19, is the latest in a series of non-professional spaceflyer launches occurring during the second half of this year across different space vehicles.

Blue Origin and Virgin Galactic each ran brief suborbital missions in July, bringing mostly non-professional crews into space — including the billionaire founders of the two companies. Then in September, the privately funded Inspiration4 crew spent three days in Earth orbit in a SpaceX Crew Dragon to raise money and awareness for St. Jude Children’s Research Hospital.

And the excitement isn’t over. Blue Origin will fly another four-person crew, including “Star Trek” actor William Shatner, on Oct. 12. In December, Japanese billionaire Yusaku Maezawa and an assistant will make another 12-day flight aboard a Soyuz capsule and the International Space Station through U.S. company Space Adventures.