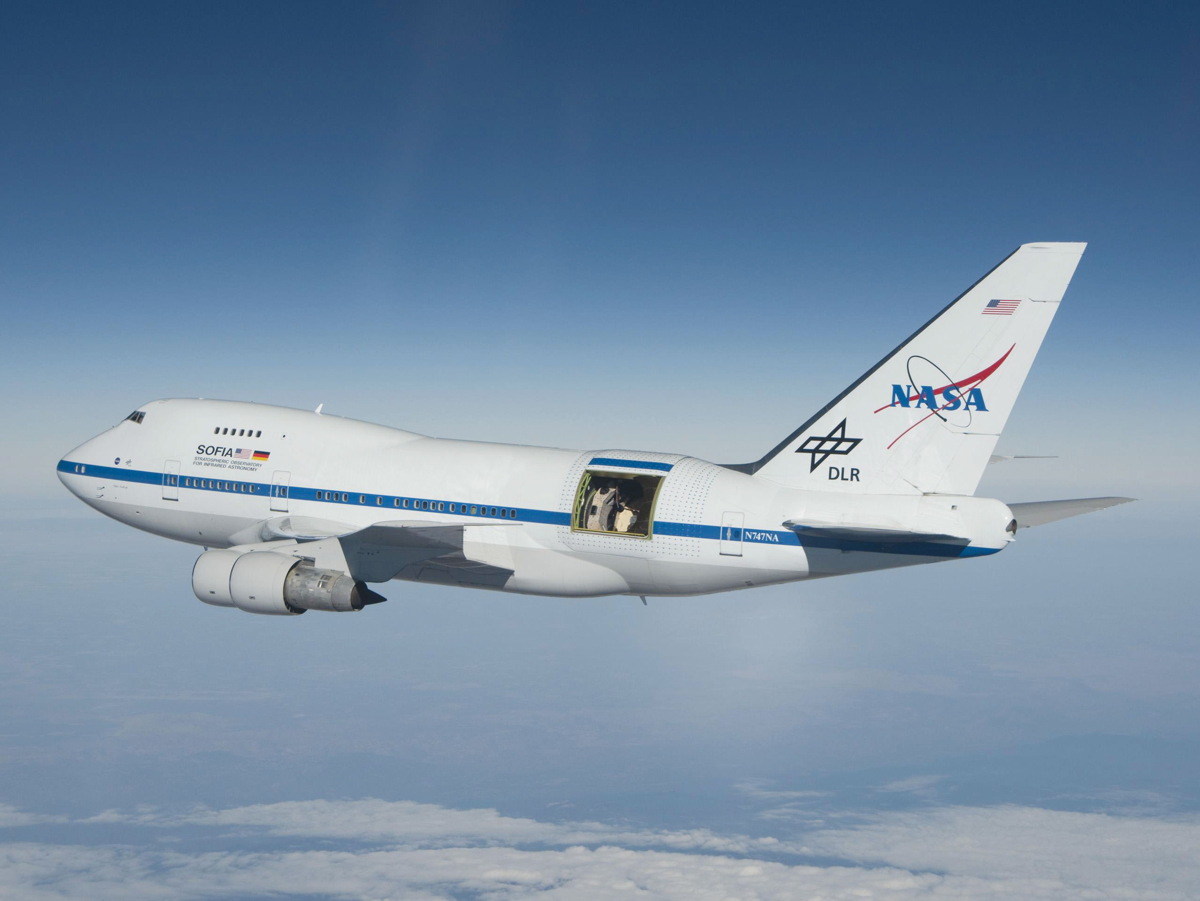 NASA’s flying observatory is on the chopping block again.

The White House’s 2023 federal budget request, which was released on Monday (March 28), allocates no money to NASA’s Stratospheric Observatory For Infrared Astronomy (SOFIA), a modified Boeing 747 jet equipped with an 8.2-foot-wide (2.5 meters) telescope.

SOFIA has survived multiple cancellation attempts in the past, but this time might be different. In November 2021, the astrophysics decadal survey — a community-informed document that lays out the top priorities for astrophysics research over the next 10 years — also recommended axing the mission, which costs about $85 million per year.

Related: 13 presidential visions for space exploration: From Ike to Biden

The 2023 budget request cited that lack of support, noting that closing out SOFIA is “consistent with the recommendations of the science community.”

“SOFIA’s annual operations budget is the second-most expensive operating mission in Astrophysics, yet the science productivity of the mission is not commensurate with other large science missions,” officials wrote in a description of NASA’s allocations in the 2023 federal budget request.

That request gives NASA about $26 billion for fiscal year 2023, which begins on Oct. 1. That’s nearly $2 billion more than the agency is getting this year. The 2023 request must be approved by Congress to take effect.

SOFIA isn’t the only mission that the request zeroes out; it also gives no money next year to the Mars Ice Mapper, a proposed project that got $8.5 million in the 2022 request. That’s not necessarily a death blow for the mission, however.

Mars Ice Mapper “is still in pre-formulation with roles being discussed with international partners,” officials wrote in the budget document. “NASA had not planned on making hardware contributions to this mission but had discussed the possibility of taking on mission management activities.”

Key moments for several NASA missions or campaigns will be delayed if the 2023 budget request is enacted. For example, the samples being collected on Mars by NASA’s Perseverance rover will now come to Earth no earlier than 2033 rather than 2031.

The launch of NASA’s Near-Earth Object (NEO) Surveyor mission will also be delayed two years, to no earlier than 2028. And the highly anticipated Nancy Grace Roman Space Telescope is now slated to lift off in 2027, not 2026.