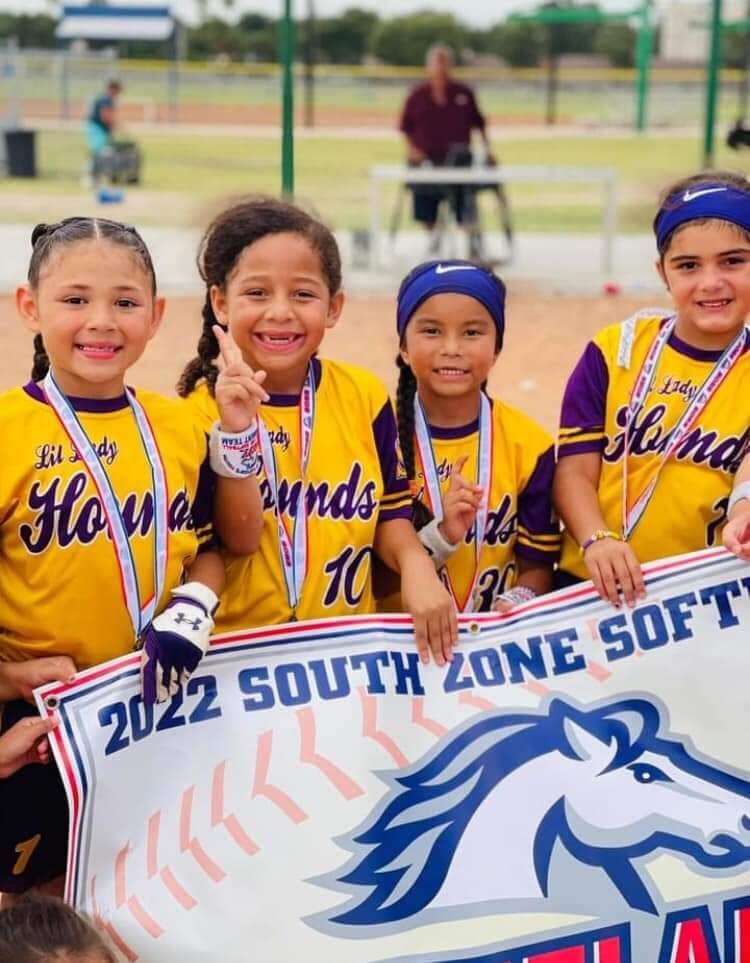 As the San Benito softball and baseball varsity programs continue to be two of the most promising programs in the Valley, their success can easily be traced back to where most of those athletes get their start- the San Benito Youth Baseball and Softball League.

After another successful season for the league, closing ceremonies are slated for Saturday, July 23 at 10 a.m. at Stookey park.

This year, the league saw a whopping 59 teams compete on a weekly basis with over 750 total players through several age divisions. In addition to the success, five teams were able to advance through regionals and into the Pony World Series.

After emerging as the best of the best in SBYBSL play, the five teams – three baseball and two softball – were able to storm through the sectional round before earning a place in the World Series by qualifying in the Regional round.

On the baseball side of things, the Falcons – who are all from Los Fresnos, but played their regular season games in the SBYBSL – dominated the 13U division locally before advancing to the World Series in Deer Park, Texas.

Led by Head Coach Max De Leon, the team was able to beat League City, Austin, and Deer Park before falling to Edgewood San Antonio. With only one team advancing from each group, the Falcons narrowly missed out on a trip to the International World Series, ending up with a third place finish.