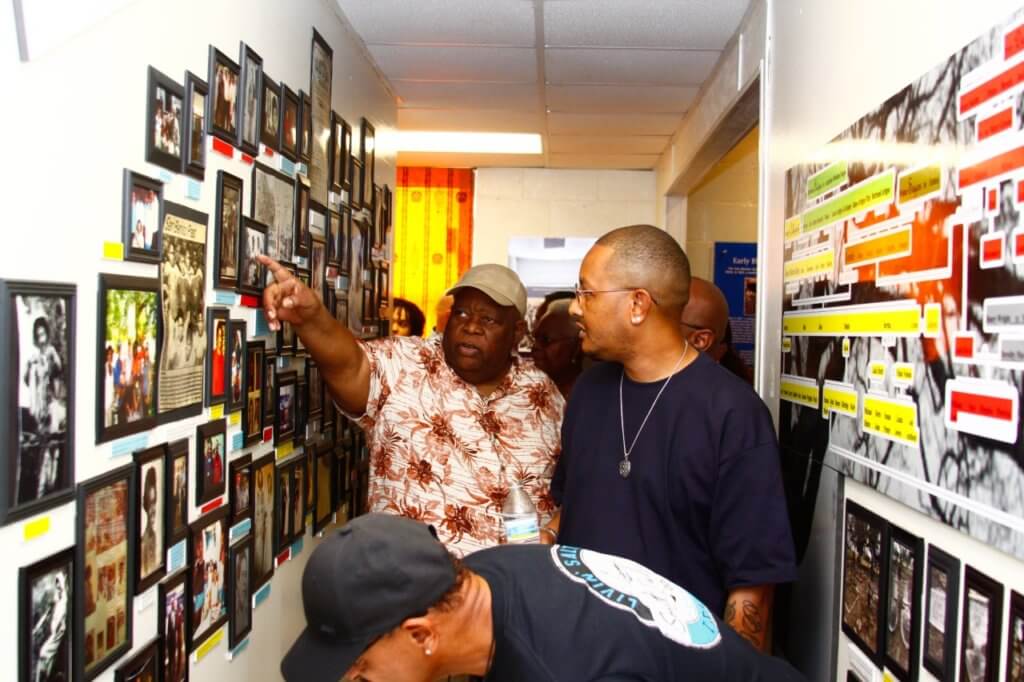 Family means everything to Lonnie Davis, who grew up in the El Jardin neighborhood of San Benito. So, when it was time to plan his birthday celebration, he chose the Callandret Black History Museum, which focuses on the black families of San Benito, including his, as the highlight of the weekend festivities.

The group applauded and cheered for the star of the show, Lonnie, on The Texas Country Reporter story that appeared nation-wide several times this past year, featuring the museum.

After touring the museum where his ancestors’ pictures and family trees were displayed, Davis took the group for a half-a-block walk to 345 Winchell, the house where he was born. “Not much has changed,” said Davis as he looked proudly at his grandparents’ Dee and Mary Davis’ home.

“Grandmother was my babysitter, and when I learned to write, she asked me to teach her to write her name. That is something I will never forget,” said Davis, “and it happened right here in that house.”