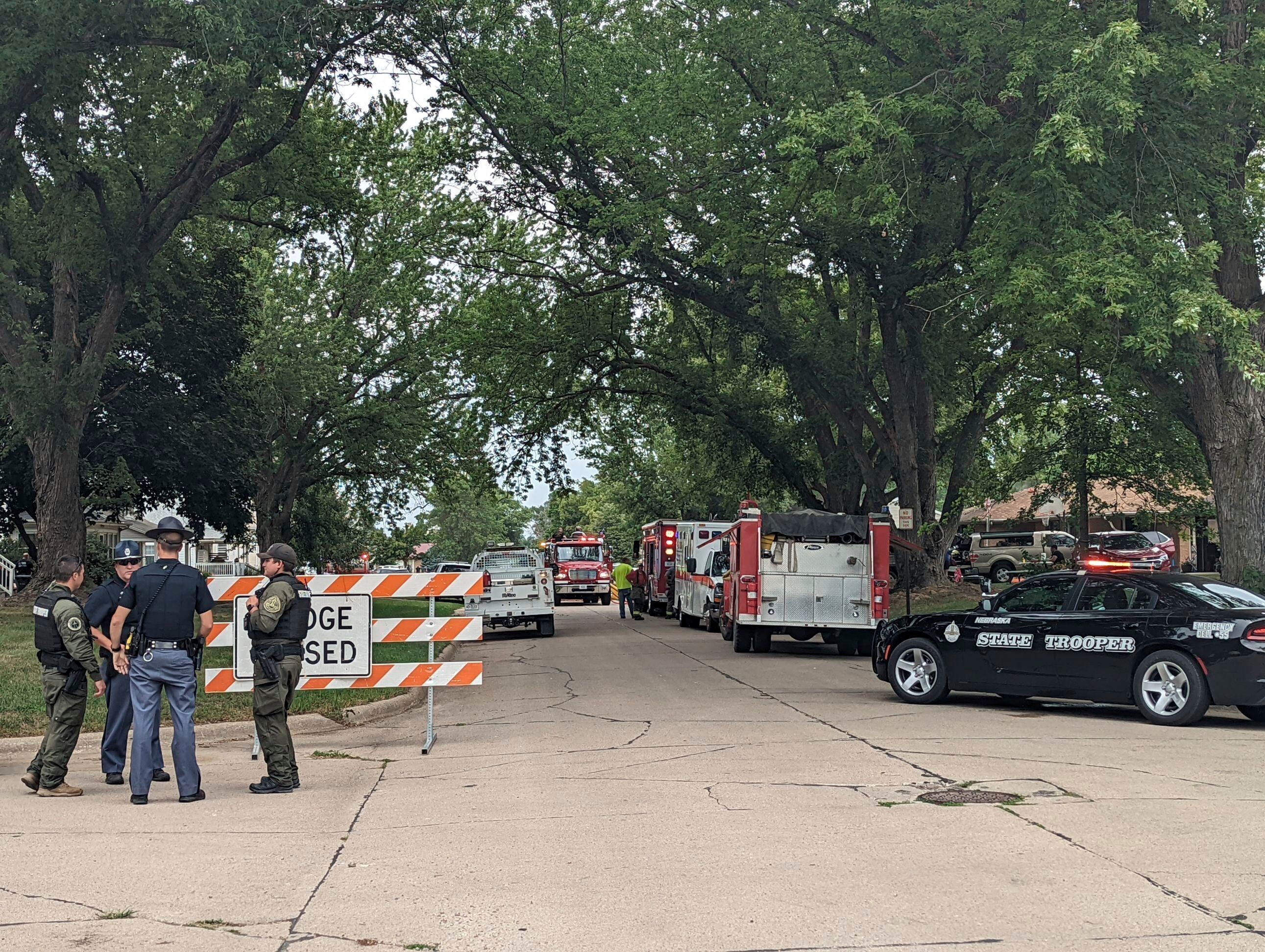 The suspicious fires in Laurel, a city of about 1,000 people about 100 miles northwest of Omaha, caused police to recommend schools and nearby businesses go into lockdown. Authorities say foul play is suspected, though they did not release additional information.

“Everybody knows everybody in this small community,” Cedar County Sheriff Larry Koranda said at a news conference Thursday. “It shakes everybody.”

The first blaze happened around 3 a.m., Nebraska State Patrol Col. John Bolduc said at a news conference. A 911 caller reported an explosion at a home and when crews got there, they discovered a person dead inside.

As crews were working to douse the blaze, a second fire was reported at a house three blocks away, Bolduc said. Investigators found three people dead inside.

NEWS DEVELOPING INTO THE EVENING:For an update later tonight, sign up for the Evening Briefing.

“We have two fires with deceased people three blocks apart. It would be a stretch to say there’s no connection,” Bolduc said.

Bolduc said fire crews worked to put out the blazes while preserving evidence in the homes. He said fire officials suspect foul play and an accelerant is believed to have been used, possibly even leaving burn marks on any potential suspect.

A man was seen picking up a passenger and driving out of Laurel early Thursday in a silver car after the fires were reported, Bolduc said, adding investigators are looking for the pair. Their names were not released. Bolduc urged anyone with information to call Nebraska State Patrol.