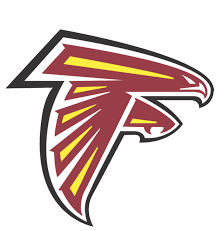 The Los Fresnos Falcons have been major district title contenders for the better part of the last decade and after finishing in fourth place in 32-6A last year, earning the final playoff spot in the district, the Falcons are hoping for an improvement in head coach David Cantu’s second season with the squad.

Overall, the Falcons are trying to avoid the “rebuilding” moniker, but with a staggering 26 letterman lost to graduation, including eight starters on offense, Cantu will have a hard time putting points on the board. Still, with a tradition as rich as the Falcons, a playoff spot is always within reach.

Despite the daunting task of replacing the majority of starters on an offensive unit that was one of the most explosive in the Valley, as the Falcons averaged nearly 30 points in 2021, the good news is the defensive unit for Los Fresnos is expected to be among the top in the district.

Led by All-district, and third team all-state, linebacker Ruben Limon, the Falcons defense should be a tough matchup for team’s relying on a running attack to put points on the board.