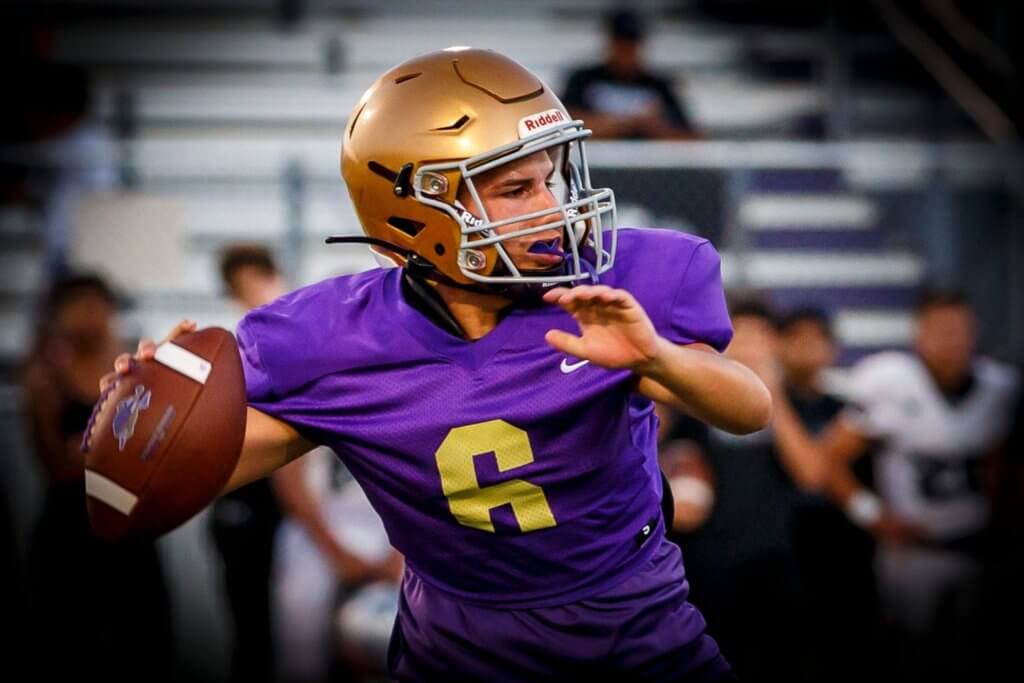 After yet another impressive season in 2021, the San Benito Greyhounds will be looking to extend their playoff streak to a whopping nine seasons in 2022.

Last year the ’Hounds finished second in their district for the fourth straight year and with a bevy of returning starters, the expectations are as high as they’ve ever been for the upcoming season.

On offense, quarterback Rodney Rodriguez will be entering his senior season after racking up more than 1,100 yards and 11 touchdowns in just eight games last year.

Despite losing his WR1 to graduation, Rodriguez will have multiple weapons at his disposal, including senior Ricky Perez and the defending 32-6A offensive newcomer of the year in Atticus De Leon.

Permanent link to this article: https://www.sbnewspaper.com/2022/08/26/greyhounds-looking-to-extend-record-playoff-streak/