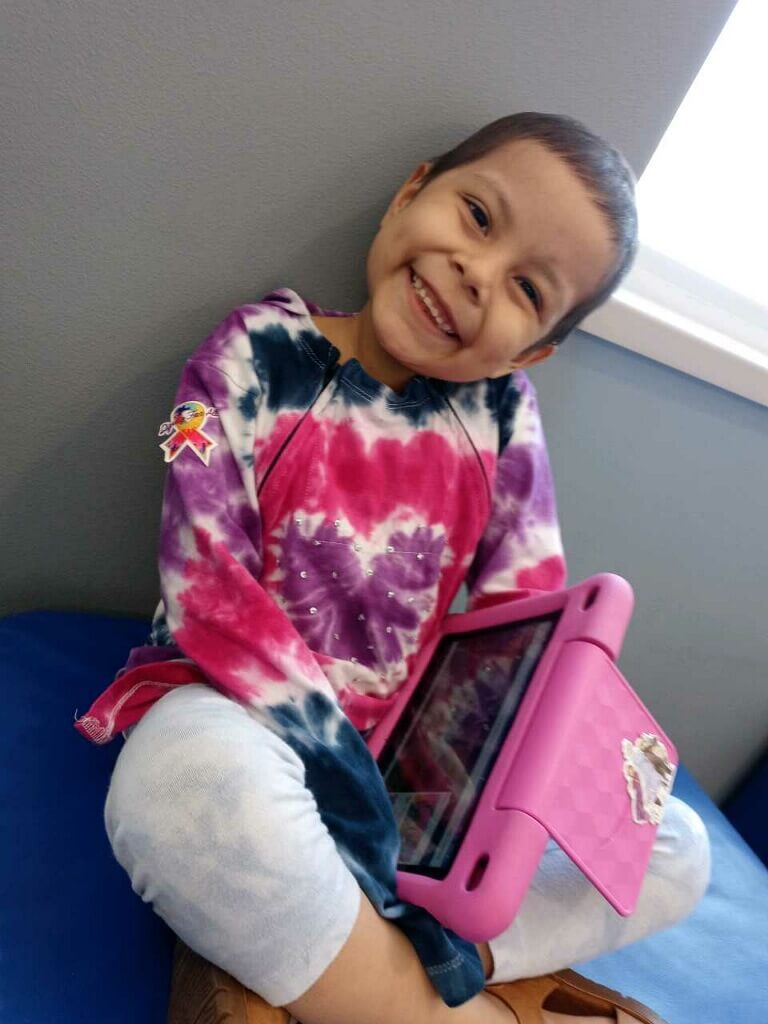 By DAVID LOPEZ
Special to the NEWS

At five years old, Alexa Garza has been battling cancer for over a year now.

The Rangerville Elementary student was diagnosed with B-cell lymphoblastic lymphoma in August of 2021.

Currently, Garza is in remission and is being treated at Driscoll Children’s Specialty Center in Brownsville.
Her mother, Aileen, age 34, recalled how the issue began last summer, while the Garza family was visiting San Benito from Florida.

While here, Alexa developed a bump on her right cheek, which concerned her parents and landed her in a Valley Baptist doctor’s office. At first, the doctors thought it might be gingivitis and advised Aileen to check in with a dentist once back in Florida.

Aileen and her husband Celso, 37, did so immediately, only for the Florida dentist to remain unable to detect anything and recommended Alexa be taken to a hospital immediately.

It was doctors at the Orlando Children’s Hospital who diagnosed Alexa with cancer.

Quickly, Aileen and Celso decided that Aileen would return to San Benito and stay with her father while Celso remained in Florida to work at his construction job while taking care of their other two children, Emmy, 13, and Isabel, three.

Aileen and Alexa lodged at the Ronald McDonald House of Charity in Corpus Christi for six months since the Driscoll Children’s Hospital is on location.